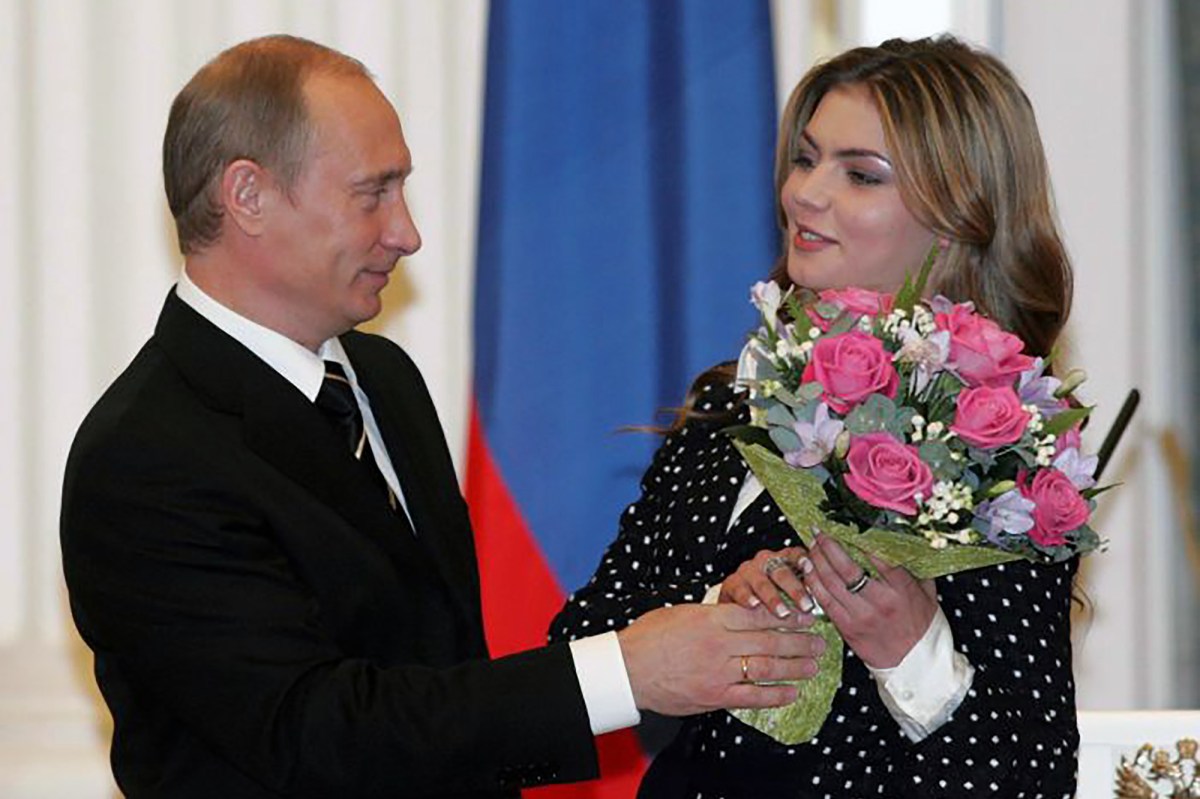 “While Putin leads his assault on Ukraine, attacking innocent citizens and causing a refugee crisis, his family is locked up in a very private and very secure chalet somewhere in Switzerland – for now, at least”, we a source said.

Kabaeva, an Olympic gold medalist gymnast, is said to have four children with the Russian leader, 69, but the two have never officially confirmed it.

Sources say they share 7-year-old twin daughters, who were born near Lugano, Switzerland, in February 2015. They are also believed to have two other sons.

“Alina has two young boys and twin girls with Putin who were born in Switzerland,” a source told Page Six of Putin’s alleged children with Kabaeva, 38. “The kids all have Swiss passports, and I imagine she does too.”

Putin – who has two other adult daughters, Maria, 36, and Katerina, 35, from his first marriage to former flight attendant Lyudmila Shkrebneva – has fought to shield his children from the media and spotlight .

He almost never talks about it publicly, which sows confusion about how many children he actually has.

Putin and Shkrebneva were married for three decades until their divorce in 2013. Their daughter Maria was born in Leningrad in 1985, while Katerina was born in Germany in 1986 when the family lived there during Putin’s time in the KGB.

She has been dubbed “Russia’s most flexible woman” and once posed nude, wrapped in animal fur, for a men’s magazine.

In 2008, the Russian newspaper Moskovsky Korrespondent published an article reporting that Putin had divorced his wife and was about to marry Kabaeva. The story was denied by the Kremlin and the newspaper was shut down.

However, speculation continued about Putin’s relationship with the former gymnast, including numerous reports and allegations that they have several children together. Sources have alleged that he even got married in a private Russian Orthodox ceremony.

Kabaeva then became a pro-Kremlin lawmaker for eight years, and in 2014 was appointed by the Kremlin to head the national media group, with a salary of $10 million a year.

Despite her prominent role, she has rarely been seen in public in recent years.

Kabaeva denied having had any children at all in July 2013, amid reports that she gave birth to a girl at the elite Saint Ann Hospital in Ticino, Switzerland.

Adding to the confusion, in 2019 she reportedly gave birth to twins at the Kulakov Maternity Hospital in Moscow.

As for Putin’s alleged decision to hide his family in Switzerland, he may have underestimated the country.

Switzerland’s decision not to remain neutral and adopt a firm position towards Russia shocked many members of the international community.

The Swiss Federal Council announced on February 28 that it had frozen the assets of a list of Russian individuals and companies, noting that “financial sanctions against Russian President Vladimir Putin, Prime Minister Mikhail Mishustin and Minister of Foreign Affairs Sergei Lavrov must also be implemented with immediate effect”. effect.”

It is not immediately clear how these sanctions could affect the children of Putin and Kabaeva, given that they all hold Swiss passports and his assets are carefully hidden.

While Putin has remained silent about his children, his ex-wife called him a loving and passionate father via the Russian leader’s government website.

“Not all fathers are as loving as he is with their children,” read Shkrebneva’s quote on the site. “And he always spoiled them, when I had to discipline them.”

It was recently reported that Putin hid his first wife and their daughters in an “underground city” in Siberia.

The high-tech luxury bunker is located in the Altai Mountains and was designed to be protected in the event of a nuclear war, said political scientist Valery Solovey, who was previously known for spreading conspiracy theories.

Observers noted several ventilation points in the grounds surrounding the mountain hideout, and a high-voltage line connected to a state-of-the-art 110-kilovolt substation, enough to power a small town.