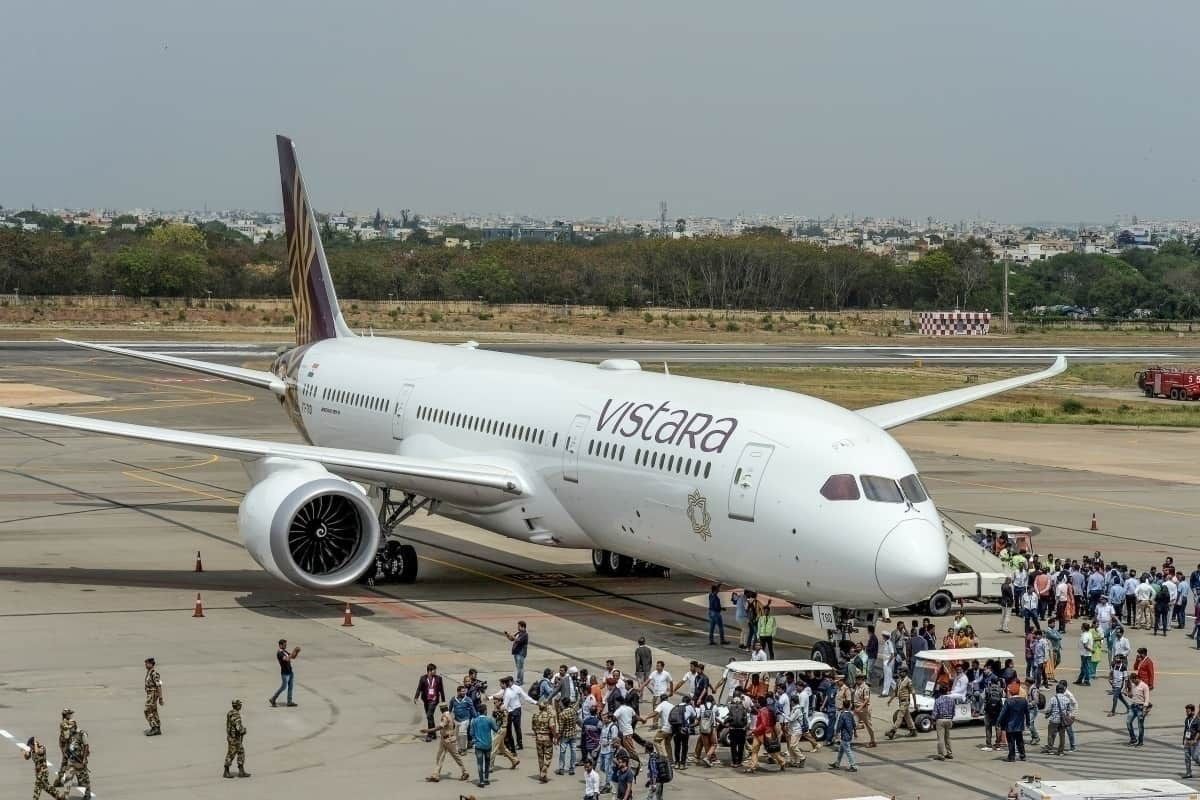 Vistara in no rush to lease Boeing 787 Dreamliners

Vistara CEO Vinod Kannan said the airline was in no rush to lease more 787 Dreamliners as Boeing continues to face production and delivery issues. Kannan clarified that he doesn’t want Vistara to be stuck with an aircraft that cannot be used viably.

Vistara will not rush the rental of the 787 Dreamliner

Vistara placed an order for six Boeing 787 Dreamliners in 2018, but has only taken delivery of two so far. Boeing has not delivered a Dreamliner since June 2021 but is increasingly confident that 787 deliveries will resume this summer.

“The last thing we want is to rush out and get stuck with an aircraft that we can’t viably use.”

He added that any lease deal for the Boeing 787 Dreamliner would be short-term as the airline awaits delivery of its own 787s.

Vistara has been unable to effectively expand its international operations due to continued delays affecting Dreamliner deliveries.

“I wish I had it yesterday. But the thing is, these things take time. When you put out a request for proposals (RFP) for a new aircraft, there are a number of considerations.”

The Indian carrier had to make do with two Boeing 787-9 Dreamliners. The first (registration: VT-TSE) was delivered to Vistara in February 2020 before the second (VT-TSD) arrived in August. Both Dreamliners have recently been active on Vistara’s European network, flying to London, Frankfurt and Paris in the past week.

CEO Kannan said that while Vistara wants to expand its capacity with the addition of new widebody aircraft, it will prioritize securing a favorable deal.

“When you look at the used aircraft market, you have to look at different parameters – how old is the aircraft? What are the engine capacities?… It’s a different set of considerations with which we have to go there with your eyes open.”

Although its jumbo jet fleet may be smaller than it had hoped, Vistara now has 50 aircraft in its fleet after experiencing rapid expansion over the past two years.

After a year-long hiatus, Boeing is expected to resume 787 Dreamliner deliveries in the coming weeks. The aircraft manufacturer worked with the Federal Aviation Administration (FAA) to have the aircraft recertified after structural flaws were discovered.

Bloomberg reports that the company has reviewed carbon composite frames for structural imperfections with regulators and major vendors. At the same time, an FAA official revealed that the agency had accepted Boeing’s recertification plans.

Do you think Vistara should lease a Boeing 787 Dreamliner or look elsewhere? What aircraft could be a viable alternative? Let us know your ideas in the comments.