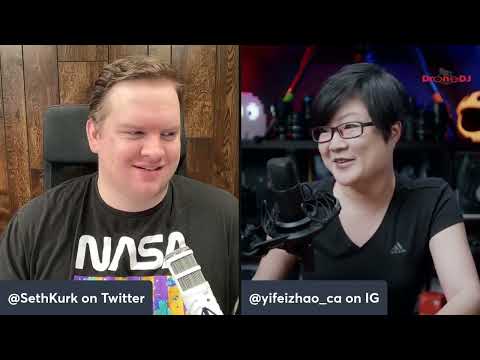 In these increasingly difficult times, and as the debate rages over the future of legal abortion and whether to tighten gun regulations, four U.S. lawmakers have made sense really bizarre priorities by introducing a bill that would ban the use of drones for acts already defined as crimes or otherwise prohibited.

A piece of “Look how concerned we are about your safety” theatrics, the bill’s introduction aims to prohibit activities already prohibited by Federal Aviation Administration regulations or existing laws – such as removing labels identification and anti-collision lights, or the transport of narcotics. It follows at least two previous actions by US politicians to act against drones as potentially dire threats to public order and security when in the wrong hands.

For the record, there are nearly 1.8 million registered drones in the United States, compared to over 400 million guns. No statistics yet exist on the abundance of bad hands.

While the danger of an infamous deployment does exist – look at how the device has been (mis)used by Mexican drug cartels – the questionable political sincerity and general probity of the scaremongering bill becomes evident. when its supporters (and, let’s face it, almost everyone else) applaud the same types of consumer drone deployments repurposed by Ukrainian freedom fighters dropping bombs, transporting medicine and gathering intelligence.

The laughably redundant effort to criminalize crimes in a specific drone context is all the more bizarre, meanwhile, because it’s backed by both Democratic and Republican House lawmakers — mutually hostile cohorts who don’t haven’t been able to cooperate since the fashion for thigh-high boots and stockings have replaced, well, knickers and stockings.

So what’s in the text – and why rush?

After a glowing throat clearing, noting that “drone technology has the potential to revolutionize commerce, military operations, law enforcement and various industries, as well as entertainment in general,” the drone law of 2022 lists the ways in which drones could be (and in some cases have been) used in criminal acts. These include human and drug trafficking, armed attacks on enemies – including police forces – and reconnaissance missions that could aid plotters of terrorism. Again, it sounds a bit like Ukraine, but the context is everything – which, indeed, makes the bill seem so ill-suited to today’s American society.

The proposed law also creates criminal penalties for already illegal or prohibited activities such as delivering contraband to prisons; interfere with fire, law enforcement or first responders; and violation of restricted airspaces (noting 766 sightings of UAVs in restricted areas around airports in the first half of 2021 alone).

It also makes it a crime to attach a weapon to a drone, although – this being a bill drafted by US politicians – this part may be changed following input from their local National Rifle Association representative.

Indeed, one of the things that makes the triple push for laws (re)banning drone-specific criminal acts so irritating is how it goes against the logic that many of its very supporters are using to resist. to action on things like gun control. If Second Amendment purists have spoken out against calls for restrictions on assault rifles after the Uvalde massacre with arguments that the killer could have killed his victims with a “bat” baseball instead, where are they now with the “flying Louisville Slugger” drone defenses?

After all, UAVs don’t ferry contraband to prisons; rogue pilots do.

The bill’s sponsors have pointed to the deadly use of drones by groups like the Islamic State in the Middle East as justification for their rush to pass legislation that would apply to Sacramento and Savannah – places with varying d activity and threat radically different from those of the civil war in Syria. That’s not to say the potential for drone misuse in the United States doesn’t exist. But action on this should logically come after measures to contain readily available material representing much larger, clear, present and increasingly deadly threats to society and its members.