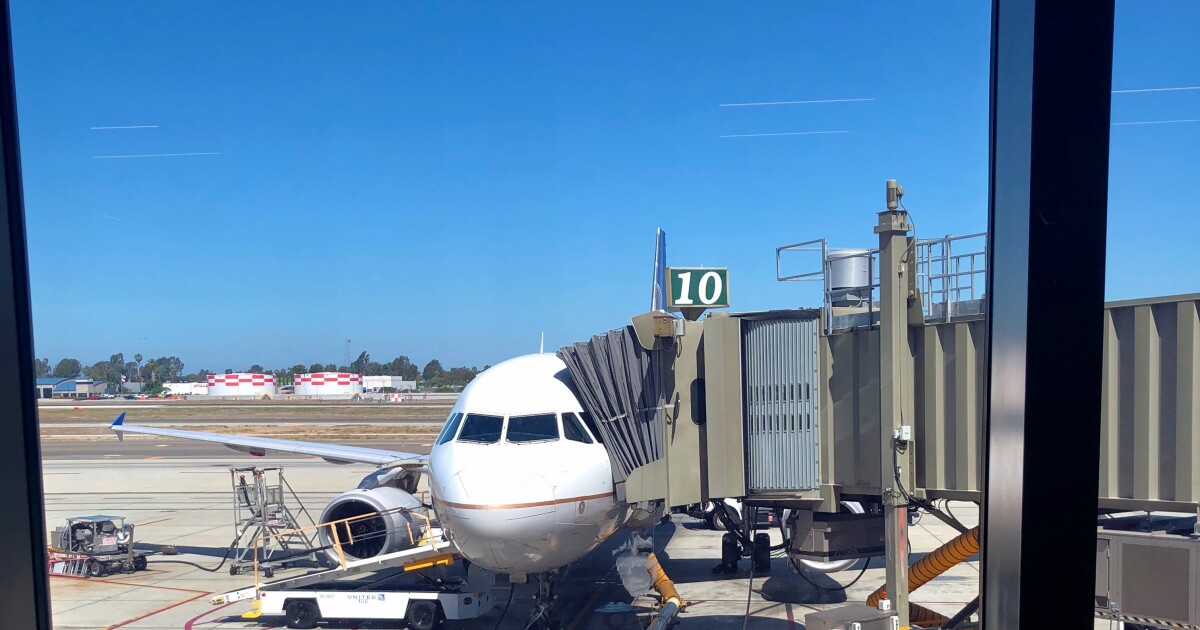 Navigating flight disruptions has become routine this summer for travelers keen to explore the world after being locked down during the pandemic, but passengers using John Wayne Airport report encountering relatively few headwinds when they have traveled there.

“There has not been a significant increase in complaints to information kiosks or the information line,” said AnnaSophia Servin, spokeswoman for Orange County Airport.

Around the world on Thursday, nearly 16,000 flights were delayed as of noon Pacific time, and 2,055 were canceled, according to FlightAware Tracking Data. At JWA, there had been no cancellations in the past 24 hours.

“It’s an amazing airport with easy access to and from the terminals, short lines, great restaurants and bars,” Snyder said. “However, the benefits of our small local OC airport don’t outweigh the misery of travel these days. Flights are expensive and you are lucky to get on the plane.

Snyder, who had been stranded in Nashville in April due to a cancellation, had to spend the night there and barely caught the flight the next day.

“Traveling now means you’re best prepared for airport overnights and the added expense of accommodations and meals in strange cities,” she said. “I definitely don’t have the same giddy feeling of flying that I used to get when things went to plan.”

Servin said delay times at John Wayne Airport are not tracked, but most delays involved travel to and from Dallas, Las Vegas, Phoenix, Salt Lake City, San Francisco and Seattle. The southwest had the most delays, Servin noted, “because they had the most flights.”

Frequent flyer Tamara Swann, who has flown 50,000 miles so far this year and more than 200,000 in 2019, said she almost missed a recent flight from John Wayne Airport because she was struggling to find a place to park their vehicle.

“It’s the first time I haven’t found a parking lot,” said Swann, who was heading to an all-night meeting in Denver last month. “I drove around the parking lot for 45 minutes. It’s my first time flying from here and I arrived earlier because I didn’t know.

Swann said as stressful as parking was, the ease of her departure and the overall flight experience more than made up for it.

Pat and Meridee Banas of Balboa Island had nothing but praise for the staff at JWA whom they found “extremely accommodating” in helping them get to where they needed to be before leaving for Hermosillo in Mexico on last month.

But once they tried to connect to Phoenix, everything fell apart for them. There was no assistance from the airport staff, then the gates changed, the flight was delayed and eventually canceled by American Airlines. “The apologies didn’t add up,” Meridee Banas said. “The hotel they put us in was in a seedy part of town and we wasted a day and a half of our vacation.

On July 6, the charges began between United Airlines and the FAA for the wave of flight cancellations and flight disruptions in the United States. United partly blamed the air traffic control staffing system. The FAA retaliated by issuing a statement saying, “…The reality is that multiple, overlapping factors have affected the system, including airline staffing levels, weather conditions, high volume and ATC capacity, but the majority of delays and cancellations are not because of personnel at the FAA.

United Airlines, which serves passengers at John Wayne Airport, did not respond to requests for comment.

There’s a new manager at the local airport, Charlene Reynolds, a 20-year industry veteran who just started the job last month after serving as the Houston Airport System’s chief commercial officer. In a statement, Reynolds said she was delighted to “be part of an award-winning organization and looks forward to the challenge and recent growth in travel and interest in John Wayne Airport.

“My priorities are to ensure the airport is sensitive to noise impacts as a good neighbour, to promote employee engagement, to continue current sustainability efforts, to improve the overall experience customers and maintain financial health.”

Support our coverage by becoming a digital subscriber.