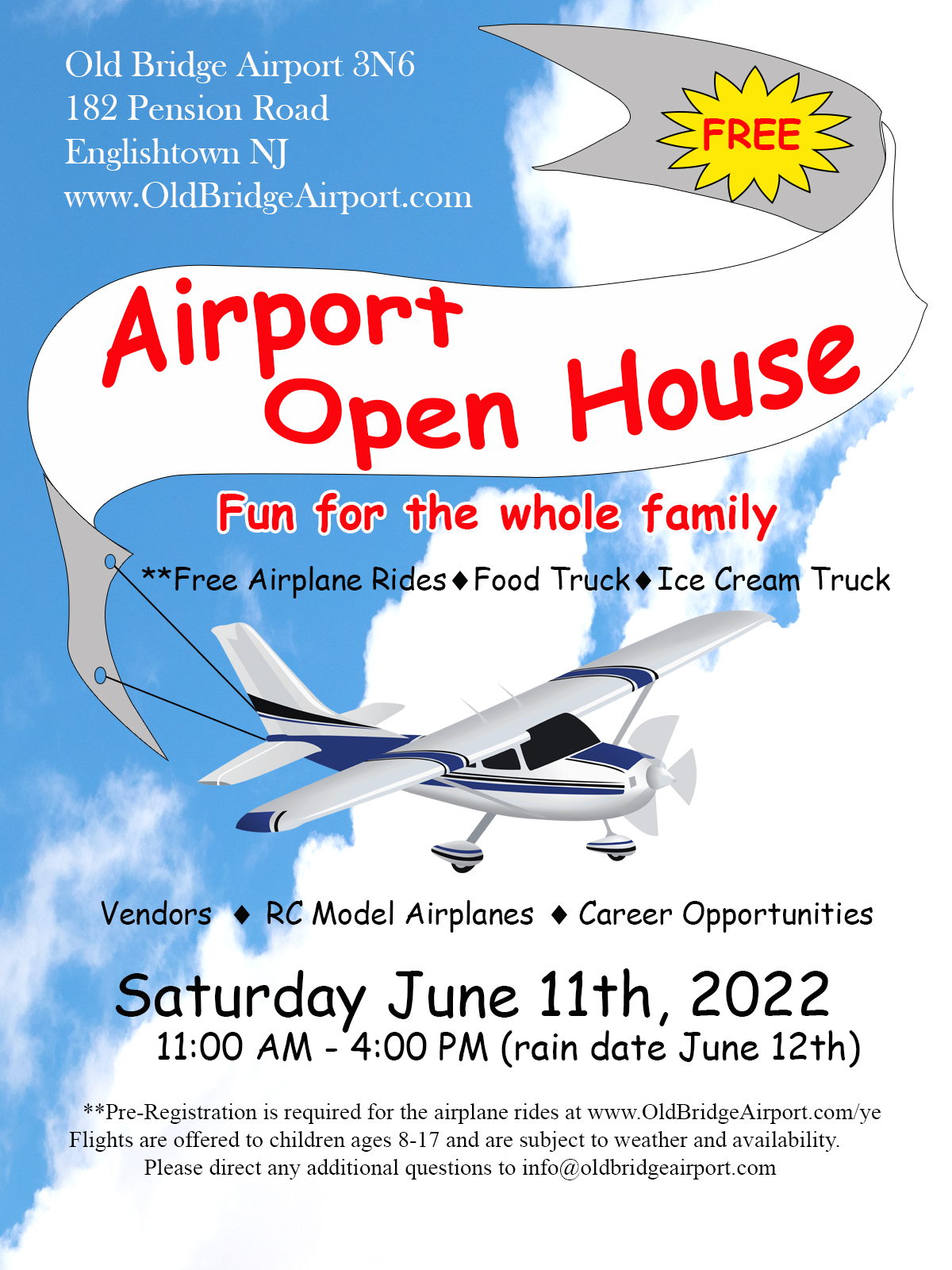 OLD BRIDGE – The Old Bridge Flying School welcomes the public to its open day next week.

“We have 60 flights planned,” said Stan Berger, who is the AOPA (Aircraft Owners and Pilots) volunteer for Old Bridge Airport.

The Young Eagles program is designed to give young people exposure to recreational flying and allows them to see how pre-flight inspection and flight planning is performed to ensure the maximum safety of their flight.

The EAA launched the program in 1997 and to date more than two million young people have flown.

The open house will also include static displays of model aircraft from a radio control club, a display from a drone operator of large commercial drones, and a food truck with food and ice cream.

Old Bridge Airport, which is a public-use airport, hosted its first open day in 2014. It is located next to Old Bridge Raceway Park.

The 308-acre property on Pension Road was purchased by Vincent Napoliello Sr. and his brother Louis in April 1964. It was first developed as a drag racing strip now known as Raceway Park. Over time the name Napoliello was shortened to one syllable as most people now refer to the owners as the Napp family.

During construction of the race track, the elevation of the drag strip had to be raised so the Napps excavated dirt from another section of the property, which created a long, narrow lake.

Vincent Sr. also held a pilot’s certificate and often traveled by air from his home in East Orange where he landed his float-equipped Cessna on the newly created lake. The site would eventually become an official Federal Aviation Administration (FAA) approved facility known as the Madison Township Seaplane Basin.

The racetrack officially opened in 1965 with the death of Vincent Napoliello Sr. four years later in 1969. Louis Napoliello continued to run the business until his death in 1983.

In the mid-1970s an adjacent paved runway was constructed and eventually aircraft hangars and an office were constructed.

Currently, there are no longer seaplane operations, but the property now houses approximately 100 aircraft. Ownership of the airport is still owned by the Napp family.