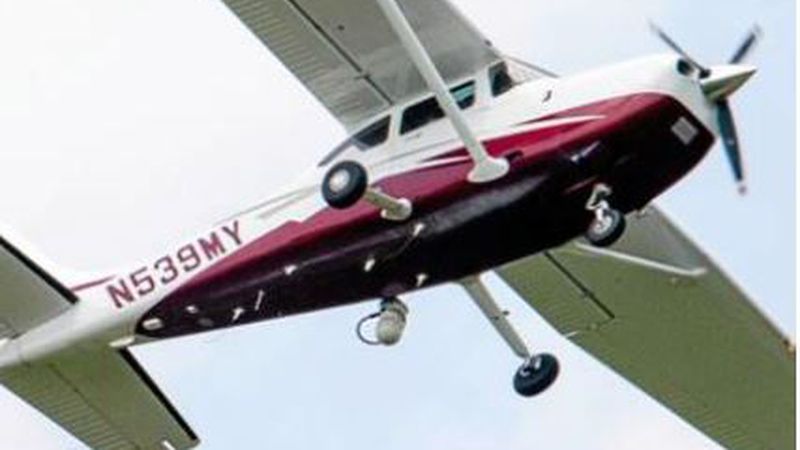 TAMPA – A year ago, federal prosecutors accused a Tampa man of instigating a mass shooting in support of the terrorist group ISIS.

FBI agents in a criminal complaint described Muhammed Momtaz Al-Azhari’s collection including a bulletproof vest, Uzi submachine gun, silencer, and gun parts, among others. They said he browsed ISIS message boards, researched the Pulse nightclub shooting in 2016 in Orlando, and explored Honeymoon Island and other popular places in Tampa Bay while they said he was planning a similar massacre.

Since Al-Azhari’s arrest in May 2020, his case has progressed quietly in federal court, with defense attorneys raising questions about the tactics investigators used to monitor him and search his property.

At the end of last month a new wrinkle arrived: his defense says he may be mentally unfit to stand trial.

Court records detail a complex investigation amid a flurry of pre-trial litigation.

A legal battle at the heart of Al-Azhari’s case concerns what has been described as a “secret spy plane surveillance program.”

In a court document filed in August, Deputy Federal Defender Samuel Landes describes a fleet of small planes the FBI owns and uses to conduct covert surveillance. Each plane has a tail number registered with the Federal Aviation Administration with fictitious shell companies, the attorney wrote.

The planes are equipped with high-tech video cameras attached to their underside, with powerful lenses capable of zooming in on people and places, and infrared technology that enables night vision and thermal imaging, depending on movement. From high altitudes, planes circle and register their targets.

In the case of Al-Azhari, the defense claims the government collected 900 aerial surveillance videos, taken from planes whose tail numbers have been linked to the FBI. The planes followed Al-Azhari whenever he left his home, including escapades to Honeymoon Island State Park and Orlando, where the government alleges it was looking for targets for a mass shooting. The planes also watched him receive his mail, visit his sister’s apartment, check in at a medical clinic and go to a facility where he received mental health treatment, the defense said.

They flew at around 10,000 feet, sometimes above the clouds, logging more than 428 hours over more than 40 days, according to the defense.

“Small, silent and high in the sky, the planes were barely noticeable by those on the ground,” Landes wrote. “The FBI sometimes used several planes on the same day, a new plane taking over the surveillance that another had interrupted. “

The defense claims the aerial surveillance was unreasonable and violated Al-Azhari’s privacy. They say it was a search – a search for which the government did not have a warrant. So they want a judge to order that the videos be excluded from the case.

The FBI’s use of surveillance planes has been the subject of controversy since 2015, when the national news media revealed their existence and their use to monitor protests.

You’ll get a keepsake of the residents of Tampa Bay we have lost, including heartwarming and fun details about their lives, every Tuesday.

Want more of our free weekly newsletters delivered to your inbox? Let’s get started.

The FBI and federal prosecutors dispute that the agency runs a secret spy plane program. In response to media reports of the planes, the FBI admitted it was using “air assets” in investigations of specific individuals.

In a written response, prosecutors say the “Orwellian state” described by the defense is “detached from reality.” They offered to have pilots testify about the planes and their purpose.

A judge has yet to rule on the matter.

An arrest and a search

On May 1, 2020, Tampa police approached Al-Azhari at a Home Depot store where he had worked on North Florida Avenue. An arrest report says they went there in response to an “intelligence bulletin” about threats he allegedly made against co-workers. In his pocket, they found a gun, according to court documents.

That night he called his sister, Muna Al-Azhari, from prison. A document filed by his defense attorneys includes a partial transcript of the appeal.

They talk about bail. (He would be released a few days later, but later arrested again). He tells her to go back to the Home Depot and drive his car so that it doesn’t get towed. He also tells her to go to his house, gather all of his things – including a laptop and a Saudi court document – and keep it all or throw it all out.

“I have toys…” he said, according to the transcript. Court documents indicate that she understood “toys” to mean guns.

“I want you to come to my house tonight,” he said. “I have some toys there that I want you to pick up, they’re all legal and licensed, and keep them temporarily in your home.”

He tells her he wants her to do it right away. He says he’s afraid the authorities or his owner will see the items.

“Muna, they will take the toy to the police,” he said.

The defense document indicates that the FBI recruited Muna Al-Azhari as an informant against her brother. Prosecutors deny this, writing that officers had been in contact with members of her family since 2019 and that Muna Al-Azhari spoke with an FBI agent in particular because she was concerned about her activities and mental health. brother.

After visiting her brother in prison, she spoke with an agent about the best way to get rid of Al-Azhari’s weapons. They tried to get the keys to Al-Azhari in prison, but to no avail. The officers later went with Muna Al-Azhari to her brother’s house, which they found locked. She helped officers enter through an unlocked window after signing a form giving them consent to search.

Once inside, officers seized a gun and ammunition, knives, a crossbow, a stun gun, cell phones, a laptop and various other items.

Prosecutors say the jail appeal demonstrates that Al-Azhari gave his sister the power to enter his home and search his belongings. The defense calls it an illegal search. They asked a judge to exclude from the case any evidence the government seized as a result.

The case was continued by further concerns about his psychological state. At the end of last month, defense attorneys requested a mental health exam. They noted a family history of mental illness and detailed their own observations of their client.

In his teens, Al-Azhari was jailed in Saudi Arabia, where he was tortured and began to visually hallucinate and talk to people who were not there, according to the motion calling for a mental health exam. The motion describes the worsening of his problems after his release. He would sleep by his front door at night and wake up in a panic, believing that Saudi spies or the FBI were going to kill him.

He never received treatment for his problems until adulthood. A defense psychologist examined Al-Azhari in prison, diagnosing schizophrenia, autism spectrum disorder and adjustment disorder with anxiety and depression.

The petition notes that Al-Azhari believes the psychologist and a member of his defense team are spies. He refused treatment or medication. Housed in a windowless jail cell away from other prisoners, his condition worsened, defense lawyers said.

Earlier this month, a judge ordered another mental health expert to examine Al-Azhari. If found unfit, he will be sent to a government mental health facility for treatment until he is found well enough to continue his trial.