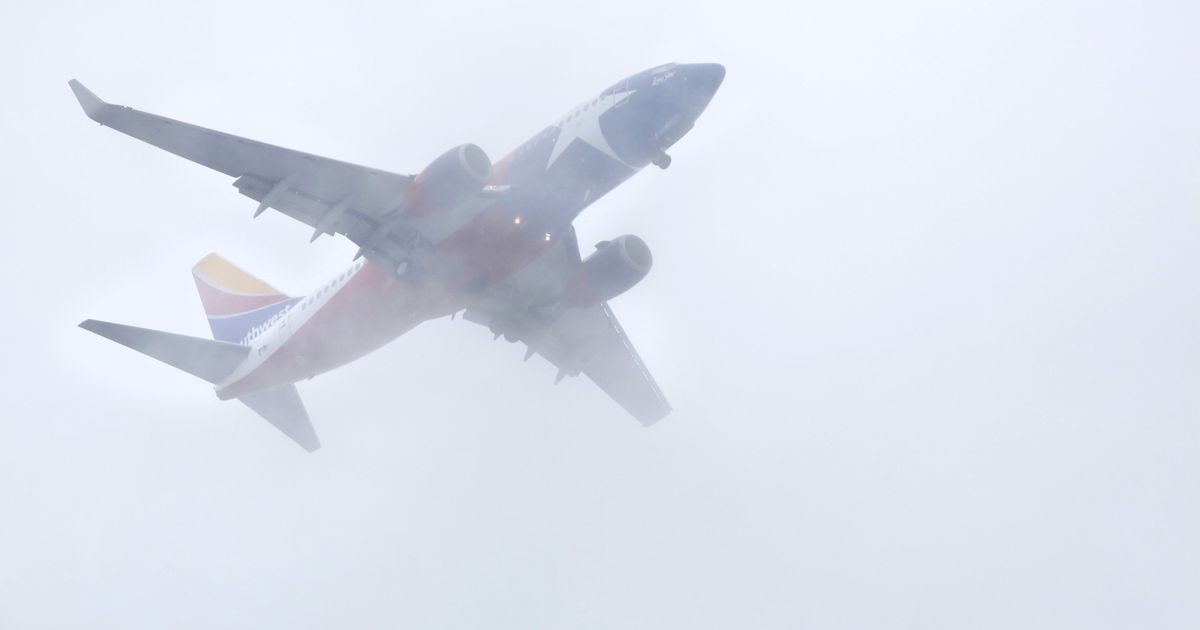 More than nine inches of rain accumulated at DFW International Airport and Dallas Love Field, leaving thousands of passengers stranded due to flight delays and cancellations Sunday night and Monday.

Flight operations were expected to resume as the storms forecast for Monday eased.

More than 300 flights to and from DFW International Airport and Dallas Love Field have been canceled and more than 1,000 others have been delayed due to thunderstorms and heavy rains that brought flooding to the area.

Just before 8 a.m. Monday, the Federal Aviation Administration halted flights to DFW Airport and Dallas Love Field until 9:15 a.m. But delays persisted throughout the day as rain kept falling.

The flight disruptions include the cancellation of more than 10% of flights to and from Dallas Love Field, according to aviation tracking website Flightaware.com. That’s a fraction of the 366 commercial flights scheduled Monday at Love Field, most operated by Southwest Airlines, according to Cirium, another flight schedule tracking service.

Another 140 flights at Love Field were delayed.

At DFW Airport, the nation’s second-busiest commercial airline hub, some 250 flights were canceled to and from the airport as of 3:45 p.m. Monday and nearly 900 were delayed.

Both airports are in the path of a massive thunderstorm that swept through northern Texas. Love Field accumulated nine inches of rain for less than 24 hours between Sunday evening and Monday afternoon and 9.1 inches of rain fell at DFW airport, according to the National Weather Service.

The FAA issued ground stops and delays at DFW airport Sunday night. These were lifted Monday morning before being reinstated shortly before 8 a.m.

Some gates at DFW’s Terminal A lost power for a period Monday morning, according to the airport’s social media. Social media users also reported that the power outage affected baggage claim in the terminal.

We are aware of a power outage affecting multiple gates in Terminal A. Our team is working as quickly as possible to restore power. Thank you for your patience.

Heavy rains also caused major traffic disruptions, making it difficult to get to airports, even for flights that were always on time.

What a new airline crackdown could mean for travelers