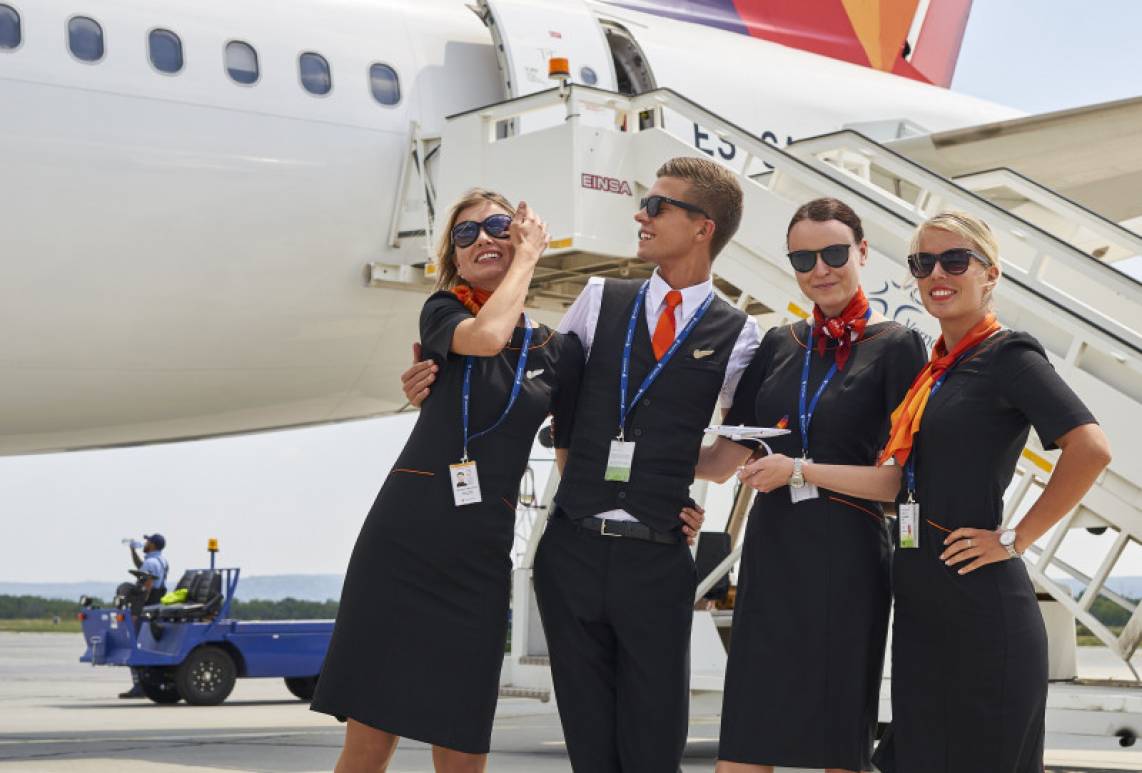 The flight attendant is one of the most sought-after professions in the world, which is why there are many stereotypes that often have nothing to do with reality. So that the dream of working in the aviation industry is not clouded by misconceptions, SmartLynx Airlines Recruitment Coordinator Ricardo Faria shares his thoughts on the most common myths about flight attendants.

#1 Flight Attendants = Servers in the Sky

The role of cabin crew is often associated with the work of waiters in a restaurant. As a result, passengers are sometimes unaware of the safety measures applied by flight attendants when necessary. If concern for the comfort and satisfaction of passengers is an essential part of the job, safety is the priority of air hostesses, who are taught them in specific training. After completing the course, flight attendants can provide first aid, organize an evacuation, take appropriate action in the event of a hijacking attempt, help someone deliver a baby, and even help people survive on a desert island.

“I am convinced that no passenger has been in a situation where, for example, during severe turbulence, flight attendants continue to serve sandwiches and drinks. And I can guarantee that no one will have such an experience because in any extraordinary situation the first thing flight attendants will think about is passenger safety,” said SmartLynx Airlines Recruitment Coordinator Ricardo Faria.

Some airlines have strict requirements, but for the most part airlines want to hire real people, not models you see in advertisements. “Of course, we also have our own rules regarding appearance, but it’s not complicated – the main thing is that the person is well-groomed. We also don’t sort people by age – people can start working as SmartLynx Airlines flight attendants at age 20 or 30, or later. Our oldest flight attendant is now 57, so you don’t have to worry about ending your career too soon. We often get questions about tattoos, and our position is simple – if you cover and hide your tattoos while wearing uniform at work, we have no objection. Likewise, we provide equal opportunities to all potential employees, regardless of gender, race, ethnic or social origin, sexual orientation, etc.,says Ricardo Faria.

The airline also provides the uniforms and women can choose to wear pants or a skirt. A mandatory requirement for high-heeled shoes is a myth, because SmartLynx Airlines provides that flight attendants can also wear conventional low-heeled shoes, which means significant relief on longer flights.

The stereotype that women are better suited to the job of flight attendant than men is not entirely true. Fun fact: the world’s first flight attendant was a man named Heinrich Kubis from Germany. SmartLynx Airlines currently has nearly 550 flight attendants, of which almost half, or 43%, are men.

In the aviation industry, communication is done in English, so a good command of English is the only mandatory requirement. Traditionally, airlines based in a particular country may also require knowledge of the local language. For example, if the flight departs from Riga, most flight attendants will speak Latvian and English.

“Although we are a registered airline in Latvia, our business model (charter flights and full-service aircraft rental with crew) does not require compulsory knowledge of the official language. This means that Latvian citizens as well as residents of other countries, including outside of Europe, can apply to work as SmartLynx Airlines flight attendants. We try to plan the so-called base or departure location so that it is the same as the flight attendant’s place of residence and speaks the language,adds Ricardo Faria.

How to become an air hostess?

To apply for a job as a flight attendant, a candidate without previous experience needs a valid European Union passport or an EU residence and work permit, without restrictions travel, and a high school diploma. The person must be at least 18 years old, without a criminal record and in good physical shape, for example, they must be able to swim 25 meters. Specific knowledge and skills will be taught by the airline – according to data from SmartLynx, almost all candidates are qualified for flight attendant training courses.