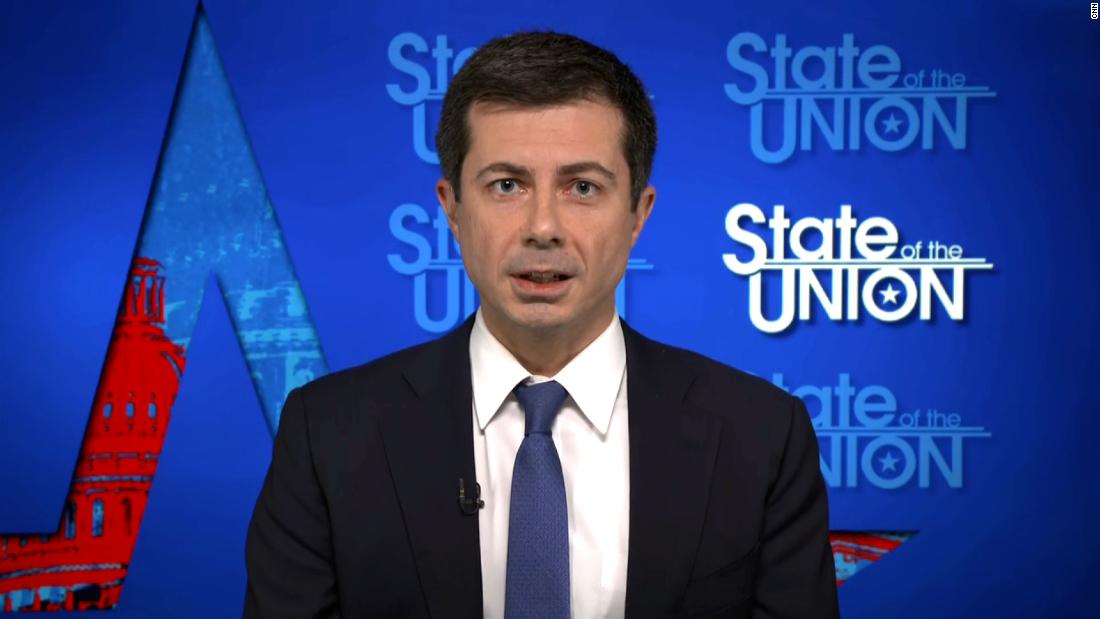 Second. Buttigieg: Federal no-fly list “should be on the table” for violent passengers

“It is completely unacceptable to mistreat, abuse or even disrespect flight crews,” Buttigieg told CNN’s Dana Bash on “State of the Union,” adding, “We will continue to review all options to ensure flight crews and passengers are safe. . “

“There is absolutely no excuse for this kind of treatment of flight crews in the air or any of the essential workers – from bus drivers to air crews who get people where they need to be,” a- he declared.

The FAA earlier this year announced a new “zero tolerance” policy after seeing an increase in the number of passengers disrupting flights with threatening or violent behavior, and has so far offered more than a million dollars fines, CNN previously reported. The application of mask obligations and the treatment of drunken passengers are ranked among the main causes of such confrontations.
Last month, President Joe Biden blasted travelers who harass flight attendants for not wanting to wear face masks and announced the doubling of fines for those who fail to comply with the US federal mandate on masks transport.

“If you break the rules, be prepared to pay,” Biden said, speaking from the White House. “And by the way, show some respect. The anger you see on TV towards flight attendants and other people doing their jobs is bad. It’s ugly.”

There is currently an FBI-administered federal no-fly list, which is designed to prevent known and suspected terrorists from obtaining airline tickets and boarding flights.

During the pandemic, airlines agreed to ban passengers from future flights for refusing to wear masks, but airlines do not share information with each other about passengers they have banned. Hundreds of passengers are currently on these lists.