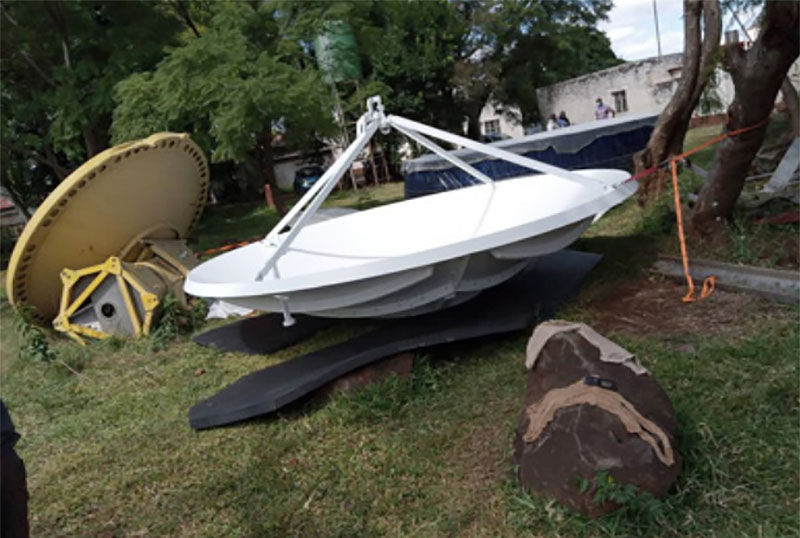 HARARE – Zimbabwe’s main airport is finally getting a radar system after taking delivery of the equipment as part of a $153 million upgrade.

Planes sometimes landed undetected, it was claimed. Last December, lawmaker and head of the parliamentary budget committee, Oscar Gorerino, called the lack of a radar system “dangerous in terms of safety”.

Airport surveillance radar systems are capable of reliably detecting and tracking aircraft at altitudes below 25,000 feet (7,620 meters) and within a radius of 40 to 60 nautical miles (75 to 110 km).

Radar is short for ‘Radio Detection and Ranging’. A radar system detects other aircraft or other objects and the speed and direction in which they are traveling by sending out a pulse of high frequency electromagnetic waves.

“The purchase of radar equipment has commenced following the payment of US$5.7 million under the US$6.1 million contract, with three of the five radars delivered during the period to the study and installation is underway,” said Ncube.

“The two exceptional radars are in transit from the suppliers, and the installation should be completed during the last half of the year.”

The Export-Import Bank of China has loaned Zimbabwe US$153 million to upgrade the airport, including the radar system.

The loan, which has a repayment period of 20 years, including a seven-year grace period, has an annual interest rate of 2%.

Ncube said the renovation of the airport is progressing well, with Zimbabwe having received $131.2 million of the $153 million loan.

The minister told MPs: ‘The expansion project remains on track with overall progress now estimated at 69 per cent. The main outstanding works include the refurbishment of the existing building and the purchase of the required equipment.

“Through the budget, an additional Z$514 million was funneled into the air traffic control communication system, while Z$411 million was spent on Air Zimbabwe legacy debts. “, added Ncube.