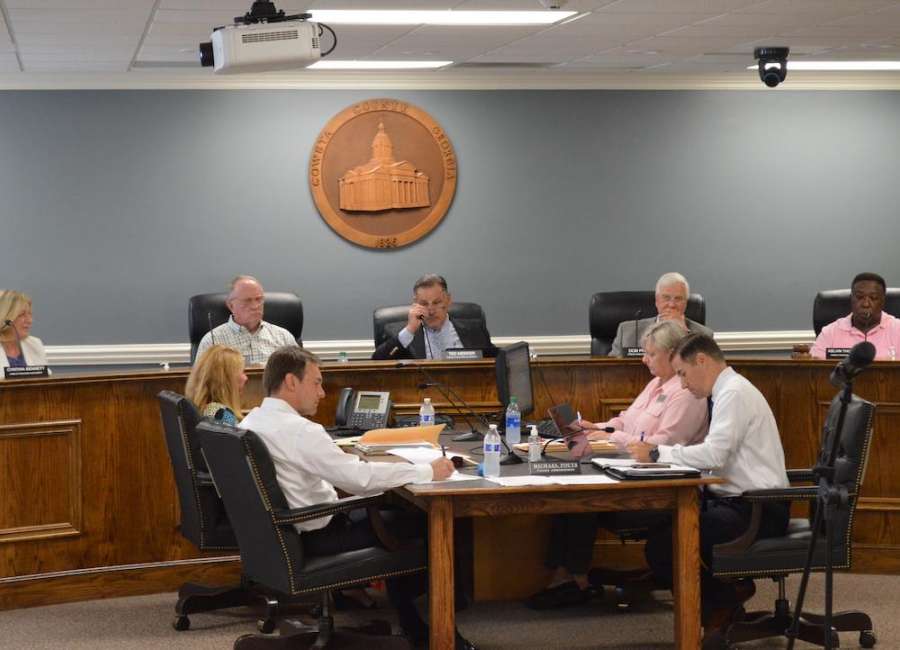 Prison, training center and airport projects could be financed by the public facilities authority

Coweta County has several large capital projects that will need to be completed over the next few years, and the new Public Facilities Authority will likely play a role in funding those projects.

The big project is the $ 20 million expansion of the Coweta County Jail.

This is one of the county’s priorities. Some engineering contracts for the project will be on the agenda for next week’s county commission meeting.

“In a month or two, we’ll have a better idea of ​​what this project looks like,” Coweta County Administrator Michael Fouts said at the authority’s first meeting on Wednesday.

Another big project for the future is a new public safety training campus. The plan is to use the existing property and build the training center in phases over five to seven years.

It would be a training campus for the Coweta Fire Department, Coweta Sheriff’s Office and 911. The county will need to determine whether this project will be funded from the annual capital projects budget or funded by bonds.

There are also future plans for a new terminal at Coweta County Airport. “This project could also be submitted to this authority, depending on the options and funding available,” Fouts said.

The county is currently under contract to purchase the old AMC Classic 10 building on Newnan Station Drive. The $ 2.15 million purchase will be paid from the county fund balance reserve.

Transforming an old movie theater into a county facility will take work, and Fouts said there was talk of eventually considering securing funding for it through the PFA.

The new authority has five members, each appointed by a commissioner from Coweta County. Local lawyer Ted Meeker was elected chairman by the board of directors, Cynthia Bennett was appointed vice-chairman and Don Phillips was chosen as treasurer. The other members are David Fowler and Kelvin Thompson.

PFAs have broad power under state law and the ability to fund projects on their own, but they rarely do so.

“Most public utilities authorities are quite passive,” said Roger Murray, the authority’s legal adviser. “They only get involved in projects identified by cities, school districts or counties.”

Typically, a local government will identify a project it wishes to finance with bonds and contact the PFA.

The best of both worlds

Usually, when a local government wants to finance a project, it issues general bonds. But these bonds, which guarantee the full faith and credit – and powers of taxation – of the government body, must be approved by voters in a referendum.

There are also lease financing options, such as the Association’s County Commissioners ‘Certificates of Attendance’ program, which were used to finance the new county public works facility. The Georgia Environmental Facilities Authority provides low-interest loans for certain projects, typically water and sewer improvements.

Some authorities, such as the Coweta Water and Sewer Authority, may issue tax bonds, which are repaid from a particular revenue stream, typically water or sewer revenue.

The PFA creates a new option. The authority can enter into an intergovernmental agreement with the county or any other entity wishing to finance a project.

The authority then issues tax bonds, which must be repaid with a specific revenue stream. This revenue stream is money the county agrees to pay for debt service, as part of the intergovernmental agreement.

“The Public Finance Authority is kind of a way to mix a general bond issue and a tax liability – and get the best of both worlds,” Murray said.

Bonds have essentially the same security as a general bond issue, and that translates to the lowest possible interest rate.

“The county promises its power to tax, but the power to tax is promised under the intergovernmental contract,” he said. “This vehicle allows counties, cities and school districts to borrow at very low interest rates.”

Even with the PFA, local communities can still choose other types of funding for projects. The county will review each project to determine the best way to pay for it, Coweta administrator Michael Fouts said.

Bonds are limited obligations of the authority, and individual members will never be responsible for repayment, Murray said. He has worked with public financial authorities for 32 years and has never seen a missed payment, he said.

“We’re talking about basic government services – not a start-up business going across the street. These are very safe investments.”

PFAs are generally not involved in the selection of projects or in their management by publishing offers and employment contracts; they just fund them.

When it comes to the types of projects an APP can fund, there are gray areas.

Murray spoke of three categories of projects. Some are 100% OK; others, like private projects, are definitely not allowed. Then there is a gray area where there are no clear guidelines from the courts.

If ever the PFA is asked to work on a project that falls in that gray area, Murray said he would like the authority to keep in mind that the issue is not resolved.

But to fall into this category is unlikely. “We’re very conservative. We don’t tend to push the boundaries,” Murray said.

By law, the authority must meet only once a year. The members of the Authority have agreed to meet at least quarterly for the time being.

The PFA will hold its next meeting on September 1 at 11 a.m. Another meeting has been set for November 3 at 11 a.m.