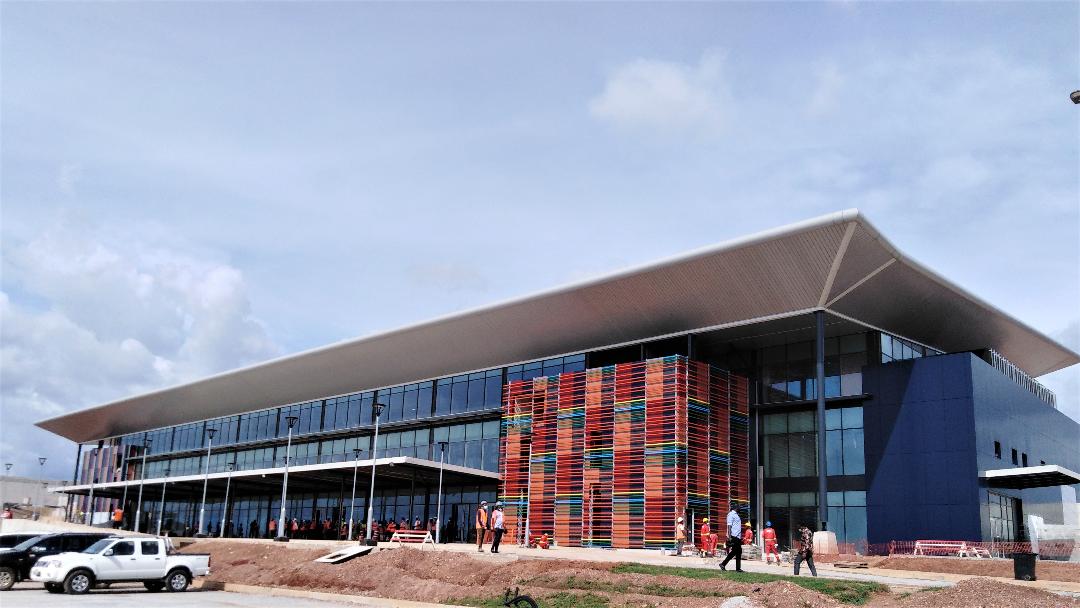 The works of Kumasi International Airport, one of the flagship projects executed under the administration of President Akufo-Addo to increase socio-economic activities in Ghana, are nearing completion.

When completed, the facility will become the second largest international aviation building in the country, which is expected to facilitate trade and economic activities within the West African sub-region.

Currently, the work on the project, being carried out by MM. Contracta Construction UK Limited at a cost of 124.9 million euros, with financing from Santander, Deutsche Bank and UKEF, are 77% complete.

The scope of work includes the extension of the existing roadway of the runway from 1,981 meters to 2,320 meters, the construction of a new taxi link and an apron, two new parking stands on the area. parking, aeronautical ground lighting systems, design and construction of a terminal with a capacity of 800,000 passengers per year.

President Nana Akufo-Addo, briefing Asantehene, Otumfuo Osei Tutu II, on the progress of the work during a courtesy visit to the King at Manhyia Palace, Kumasi, said his administration was determined to develop the aviation industry for economic progress.

“We are focused on completing this project as planned,” he said, hoping that the facility would be tested in January 2022, with plans to complete the final work on the facility in June of the same year.

The president, who had previously inspected the project, said he was satisfied with the progress of the work undertaken so far and instructed the Ministry of Transport and the contractor to ensure that the finishes are carried out as planned.

The airport was originally built in 1943 with some significant developments in the late 1950s by the government on runway and taxiway lights, as well as the extension of the main runway to the southern part in the 1970s.

In 2003, Kumasi Airport was elevated to international status primarily for regional operations with the addition of security, customs and immigration personnel.

Otumfuo Osei Tutu advised the government to improve the country’s operational capacity in aviation and other key industries relevant to the accelerated growth of Ghana’s economy.

“I hope the president does not disappoint the people,” the king noted, urging him to work diligently to deliver on the government’s campaign pledges to transform people’s lives for the better.