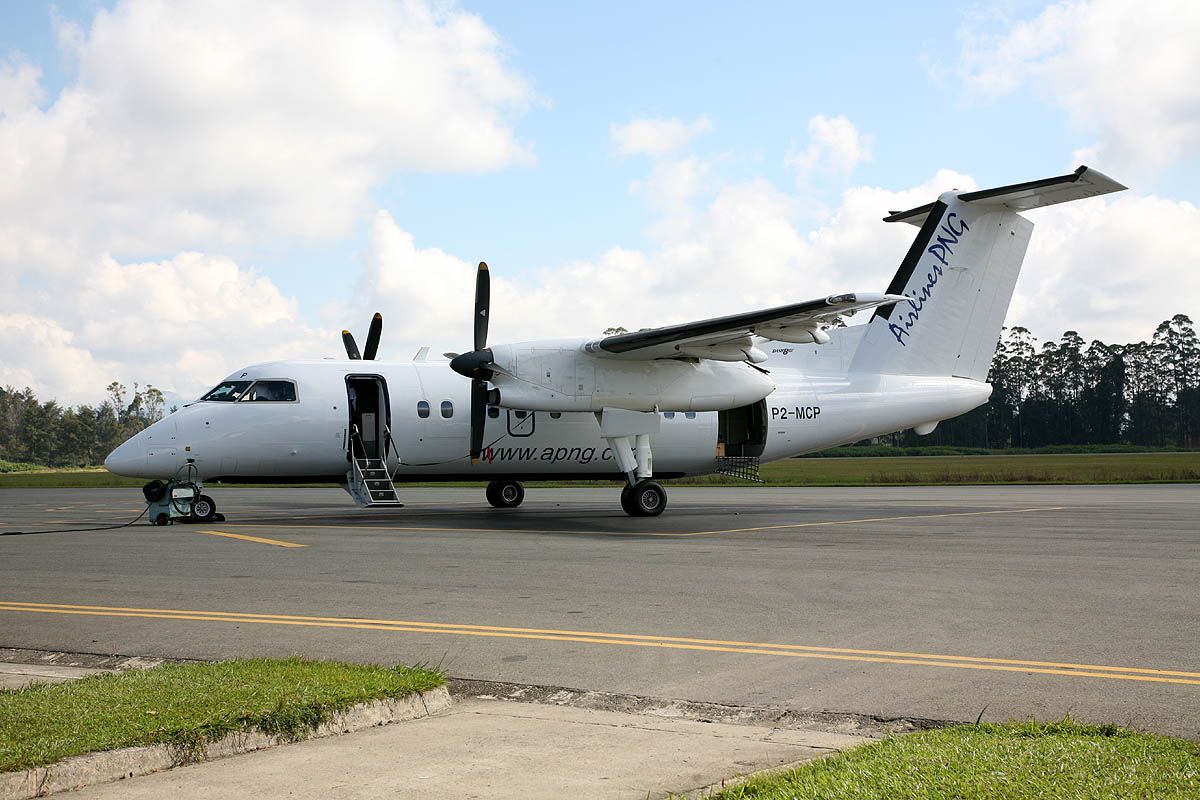 Exactly 11 years ago today, Thursday October 13, 2011, Airlines PNG (Papua New Guinea) Flight 1600 crashed in a wooded area near the mouth of the Gogol River, killing 28 of the 32 passengers.

The aircraft involved in the incident was a 23-year-old de Havilland Canada DHC-8-102, registration P2-MCJ. The aircraft was piloted by 64-year-old Australian Captain William (Bill) Spencer. Captain Spencer had logged 18,200 flight hours, including 500 on the Dash 8. The first officer of the flight was 40-year-old New Zealander Campbell Wagstaff, who had a total of 2,725 flight hours, including 390 on the Dash 8 .

PNG Flight 1600 was a scheduled domestic flight between Lae-Nadzab Airport (LAE) and Madang Airport (MAG). On board the plane were the two pilots, a stewardess and 29 passengers.

The plane took off from Nadzab at 4:47 p.m. local time for the 114-mile flight north. The aircraft climbed to a cruising altitude of 16,000 feet then turned to the right of its flight path to avoid a thunderstorm. The route the pilots had submitted required them to make a steep descent to Madang Airport.

Despite the steep descent to the airport, the pilots left the plane’s propellers on their cruise setting of 900 rpm, which caused the plane’s speed to increase. Neither pilot noticed the plane was flying faster than it should have been, as they were both distracted by the weather conditions.

When the aircraft reached its maximum operating speed (VMO) while traversing 10,500 feet, the VMO overspeed warning sounded, alerting the pilots to the danger. Captain Spencer then told his co-pilot to increase the propeller speed to 1,050 rpm to slow the plane while simultaneously raising the plane’s nose. Despite the adjustments, the VMO warning continued to sound.

In his recollection of the events, First Officer Wagstaff recalled that Captain Spencer moved the power levers aft. As a result of the maneuver, both propellers exceeded their maximum allowable speed of 1,200 by 60%, damaging both engines. The noise in the cockpit was now so loud that the pilots had difficulty communicating with each other. As engine smoke entered the cockpit through the air conditioning system, both pilots seemed unsure of what to do.

Suddenly, the left and right engines failed, leaving the aircraft without power. Captain Spencer told Wagstaff to declare a Mayday and give Madang Tower his coordinates. Now, instead of going through a checklist of procedures, the two pilots started looking for a place where they could make an emergency landing.

The plane crashed near the banks of the Gogal River, coming to rest one thousand feet from the point of impact. Of the 32 passengers and crew, only the two pilots, a flight attendant, and a passenger survived.

The Papua New Guinea Accident Investigation Board (AIC), with the help of the Australian Transport Safety Board (ATSB), immediately began looking for answers. In the final accident report released on June 15, 2014, the AIC said the loss of power was caused by Captain Spencer as he tried to slow the plane in bad weather.

The report also states that the pilots had to deal with both propellers overspeeding, which created excessive amounts of drag, making it difficult to control the plane.

The report criticized both pilots for failing to control the aircraft’s rate of descent and overspeed. By shutting down both engines, the pilots also lost all hydraulic and electrical power that could have improved the survivability of a forced landing.

The airport splits the fuel charge due to inflation