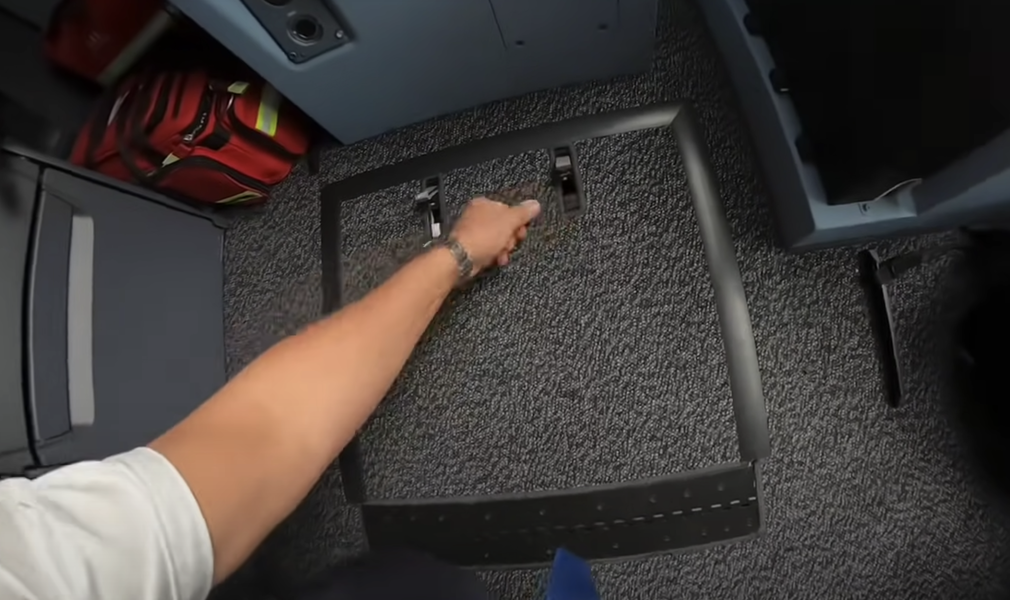 Most planes that travel on long-haul routes have hidden rooms for crew members. What, you thought you were the only one passing out, drooling over yourself, or binge-watching movies? Flight attendants and pilots are humans too, and they need to stay energetic.

Usually, on long-haul flights, the crew take turns working and resting in these secret compartments. The reason you’ve never seen a sleeping flight attendant is that these rooms tend to be cleverly hidden. Some are hidden behind a secret staircase inside what looks like a closet, and some are accessed through a hatch disguised as an upper bin. Depending on the aircraft, some are single rooms, some have bunk beds and some have multiple beds arranged next to each other. Crew members will have the keys to enter.

Bjorn, a Swedish pilot, comes from posted a video on his YouTube channel which exposes one of those chambers hidden in an Airbus 350 plane.

He begins the video, titled “Showing Some Fancy Secrets Of The Magnificent Airbus 350”, by showing a “flight rest compartment where the crew can take a short nap”.

The area, which he says is above business class, has a seat and two beds separated by a curtain. A lack of windows makes the space darker and more comfortable, although there are reading lights.

Then he takes viewers into the cockpit, where there is a small hatch in the floor that he says leads to the â€œavionics compartmentâ€ via a small ladder. â€œIt’s my first time here,â€ he said. “It’s full of computers and stuff.” Another hatch and ladder lead to the nose of the plane, while another door, which he opens, leads to the cargo area.

The more you know.