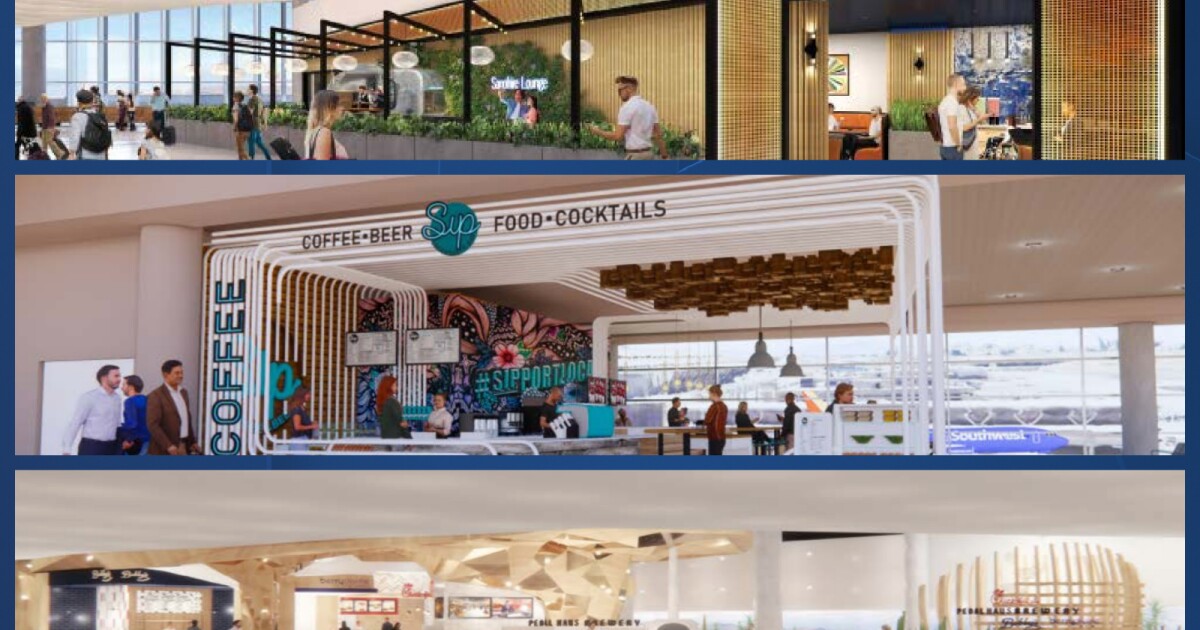 PHOENIX — When the eighth concourse opens at Phoenix Sky Harbor Airport’s Terminal 4 later this year, it will add eight gates to Southwest Airlines’ fleet, along with a handful of local breweries, cafes, restaurants and shops.

To be clear, none of them are official yet.

All are part of the proposals that were considered last week by the Phoenix Aviation Advisory Council (CCPP)and are yet to be reviewed and approved by the Phoenix Transportation, Infrastructure, and Planning (TIP) Subcommittee and, eventually, the Phoenix City Council.

The Phoenix Aviation Advisory Board met Jan. 20 and provided updates on the upcoming competition and made recommendations on tenants who could be in the new competition. This presentation was shared with ABC15 via a recording request.

According to the presentation, the South Concourse will feature four areas for cafes and restaurants, including a 7,700 square foot food hall, club lounge and retail outlets, which will be completed in two phases.

Currently, the planned schedule is for the first phase of the new hall to open in June with temporary kiosks offering food and drink offerings, while the remaining spaces continue to be built. Timelines for how long it will take for phase one restaurants to be fully completed, as well as phase two, were not immediately known.

Here’s what we know so far:

According to the presentation, if approved, the food hall would be called “The Grove” and would include Pedal Haus Brewery, eegee’s, Berry Divine Acai Bowls, Bobby Flay’s Bobby’s Burgers and Chick-Fil-A.

Renders show plans for just over a dozen tables, as well as bar-style seating.

According to the presentation, Sip Coffee & Beer would have a 1,500 square foot cafe, in a partnership with Emerging Domestic Market Ventures, LLC. There they also sold coffee, beverages and baked goods from local businesses including SaludEats, Mother Road Brewing Company, Native Ground Coffee, Tres Leches Cafe, SanTan Brewing Company, among others.

A concept render showed a walk-in counter, along with interior seating.

SAPHIR LOUNGE BY THE CLUB

Chase appears to be opening an airport lounge at Sky Harbor Airport.

Specific details weren’t announced, but the PAAB layout said the lounge would be around 3,500 square feet.

According to the presentation, the first phase will include two outlets: Uptown Phoenix, a store that will offer products from local businesses, such as Changing Hands Bookstore and Melrose Pharmacy, as well as drinks and snacks; and InMotion, a store that sells electronics, gadgets and technology.

The Phoenix Aviation Advisory Board has made its recommendations for the tenants listed above. The Transportation, Infrastructure and Planning Sub-Committee is scheduled to discuss and meet on February 16, 2022, followed by City Council on March 2.

You can see the presentation below:

Beijing airport will receive $2 million in federal and state money