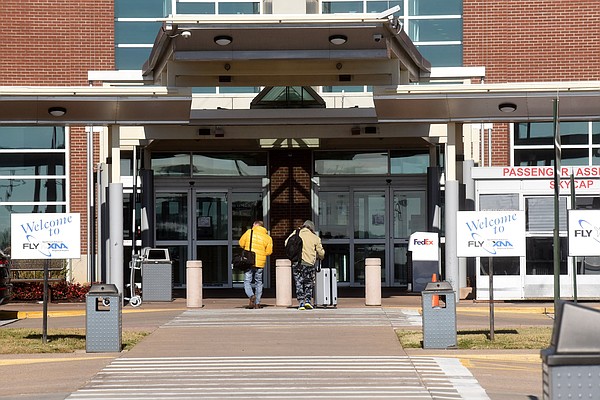 HIGHFILL — The airport’s board on Wednesday asked staff to analyze parking rates and recommend adjustments for inflation.

“Inflation has affected everything. It has affected our costs; it has affected everyone’s costs,” said Aaron Burkes, general manager of Northwest Arkansas National Airport. “That would be very important to us from a revenue perspective. Raising parking fees by a dollar or two could add $1 million to our bottom line.”

Parking rates, traditionally one of the airport’s main sources of revenue, have not increased in years. Today, inflation is getting higher and higher, which makes it more expensive to operate, according to Burkes. Parking generated $6.9 million in revenue in 2019, down from $5.4 million in 2018. Parking revenue fell during the pandemic as fewer people flew. Parking generated $5.2 million last year and is expected to generate slightly more this year.

“We’re potentially leaving a lot of money on the table, and I think everyone expects prices to go up, our costs are going up,” Burkes said. “No one expects 2018 prices or 2016 prices for anything anymore.”

A quick review by staff indicates that adjusting for inflation would increase the cost of parking per day by approximately 20%.

“We’re not 100% ready to make a recommendation just because we haven’t assimilated and analyzed all the data yet,” Burkes said. “We’re still putting it together. I would consider it probably pretty close to the inflation-adjusted rate.”

Jonathan Barnett, a board member representing Benton County, said he would like to try to reduce the cost of economy parking, but urged staff to return to a recommendation soon.

“I recommend you do that because inflation is going to stay with us,” he said.

The airport is rapidly approaching pre-pandemic passenger numbers based on Transportation Safety Administration data. In May, passengers were down 2.1% from 2019 figures, according to preliminary figures.

Airport officials are using 2019 for comparison purposes, as it was the last year before the covid-19 pandemic devastated the airline industry. XNA was down about 95% from record 2019 numbers at some point in early 2020, but ridership has mostly been up since then.

“It’s a nice chart in that it’s a very consistent throwback to the 2019 numbers,” Burkes said. “No real fluctuations. In the last covid surge we saw a slight drop in our numbers, but other than that it’s been very stable.”

Burkes said a shortage of pilots, reduced seat capacity by airlines, a doubling of jet fuel costs and extremely high travel demand all mean higher ticket prices for the foreseeable future as airlines trying to make up for the income they lost during the pandemic. Burkes said increases of up to 40% wouldn’t be surprising.

“All of that obviously leads to higher rates,” Burkes said.

Airport officials have repeatedly said they have nothing to do with the cost of fares, which are set by airlines.

Burkes said airlines are short about 12,000 pilots this year alone. Airlines are trying to hire and certify more, but it could be a five-year problem, he said. Many pilots retired during the pandemic, when people were simply not flying, and airlines reduced the number of planes on their routes, according to Burkes.

“It’s just a long process to fill the pipeline again,” Burkes said. “We were out of ideas, and that only exacerbated the situation with the pandemic and all those effects. In the meantime, with high demand, the prices are just going to be high. It’s just economics. “

The net result has been a 40% increase in air fares nationwide this year, he said.