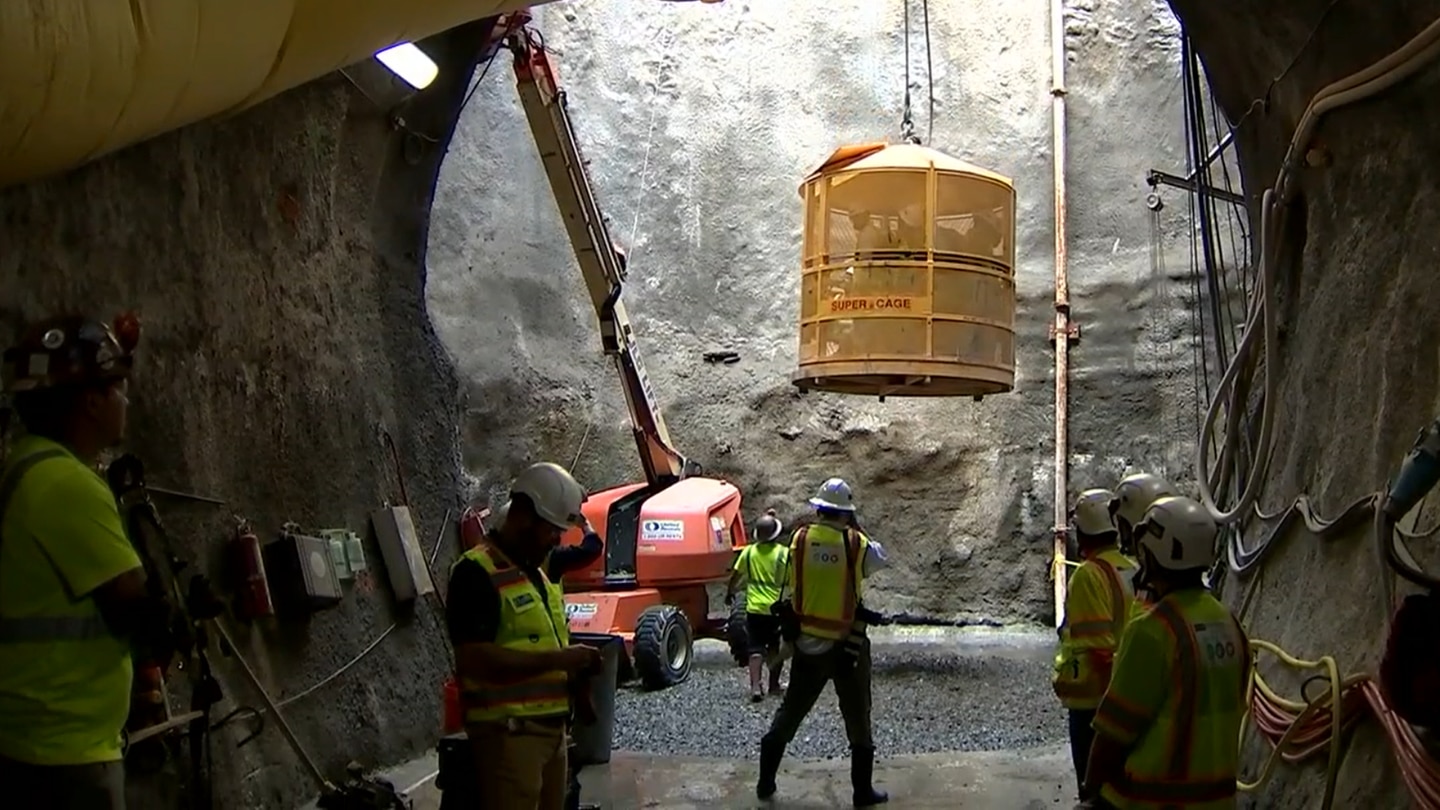 ATLANTA — Crews are constructing a 700-foot tunnel extension to the Air-Train Transportation System at Hartsfield-Jackson Atlanta International Airport. Officials say this will reduce wait times for arriving travelers and those taking the train to get to their departure hall.

Currently, trains arriving at baggage claim must reverse before they can switch onto the tracks leading travelers to their concourse.

With the tunnel extension, there is no need to back up. Trains enter the added tunnel, then quickly switch to the exit tracks. It saves time.

Fulton DA: Extreme security ‘is needed to keep me alive’ after threats

What is that? A bizarre image caught on camera at the Texas Zoo

“These trains are still moving forward. This will reduce the time between trains from 108 seconds to 90 seconds and by doing this during peak periods, instead of ten thousand passengers per hour, that number is twelve thousand. A twenty percent increase. said Nissalke.

It took 45,000 pounds of dynamite to remove rock from the tunnel. Terminal construction officials were unaware of the blasting and they used seismic monitoring equipment to check for damage to airport infrastructure.

“Every time we did an explosion, we looked at our real-time data to see what the movements were,” said Gabrielle Ferro, an engineer at Clark Construction.

The $330 million project is funded by airport user fees, airlines and other funding sources. Airport officials say no taxpayer dollars have been earmarked for the project. It is expected to be completed in May 2024.

AAI undertakes construction of Greenfield Airport at Rajkot in Gujarat