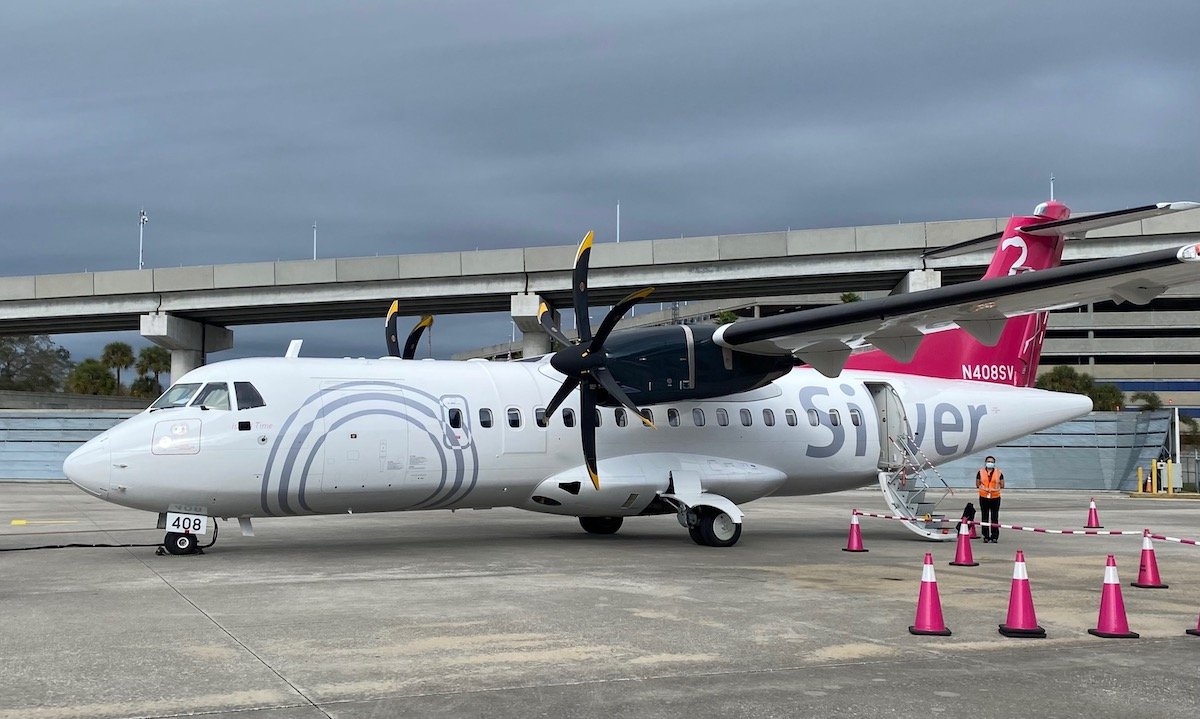 Have you ever seen an airline’s flight status page show completely wrong information? Well, I encountered this yesterday in a way that I had never seen before.

Yesterday I booked my dad a ticket on Silver Airways (which I have already reviewed) from Fort Lauderdale to Tampa for same day travel. The fare was reasonable and the schedule suited him, so I booked the ticket for him and then immediately sent him the mobile boarding pass.

The flight was supposed to leave at 4:30pm and arrive at 5:45pm, but when I sent him the mobile boarding pass, he correctly noted that the flight showed a 9:42pm arrival. Eh?

It’s strange. I went to the Silver Airways flight status page, to see what was going on. Well, now everything made sense – the flight was over four hours late. and was now due to leave at 8:34 p.m. instead of 4:30 p.m. Rats!

I also checked ExpertFlyer and noticed that the “comments” section for the flight hinted at a similar delay, showing an 8:34pm departure and a 9:43pm arrival.

I told him the bad news, although luckily he hadn’t left for the airport yet. While Silver Airways and ExpertFlyer agree, something seemed a bit odd here, however:

I didn’t want my dad to be sitting in the Fort Lauderdale airport for more than four hours, so I first told him to stay put until there was another update. Nothing has changed on the flight status by any source but somehow my gut just said something was wrong with the flight status and the flight might just run on time.

I noticed that the flight the night before had operated with the revised schedule that the Silver Airways flight status suggested should apply to that flight. Did someone at Silver Airways accidentally update the status to the wrong date?

I apologized in advance to my dad in case I was wrong, because sitting in the Fort Lauderdale airport for four hours really isn’t a price.

So he showed up at the airport at 3:45 p.m. and went through security at 4 p.m. Moments later, the flight boarded and was operating as scheduled. He even arrived in Tampa a few minutes early.

I can’t help wondering how people could have missed the flight due to this incorrect flight status, or what caused it in the first place.

Typically, when an airline publishes a flight delay, you can be sure it is accurate. Now airlines can sometimes change their minds and move a flight forward if conditions change. However, in all my years of flying, I don’t think I’ve ever seen an airline display the wrong flight status.

My dad’s Silver Airways flight showed a four hour delay on the Silver Airways website, but ended up running on time. My best guess is that somehow the previous day’s flight schedule was loaded for his flight. I don’t know how it actually happened, though…

What would you have done in this situation?