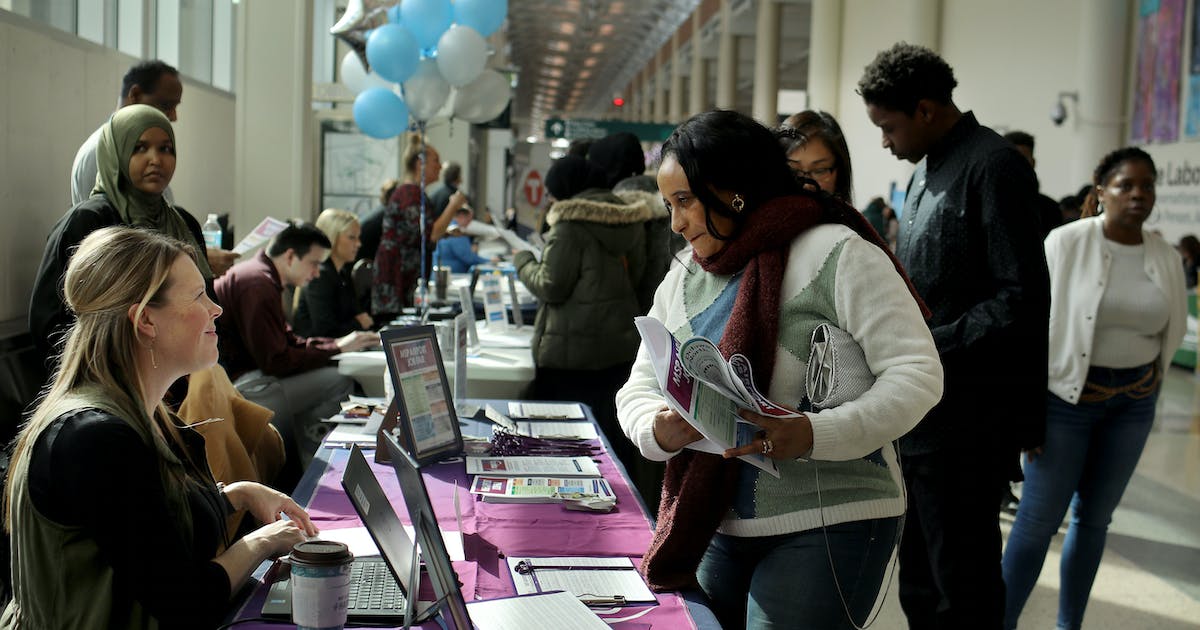 Employers in Minneapolis-St. Paul International Airport is looking to hire some 700 people this summer as pandemic-weary travelers are expected to take flight in droves.

MSP airport officials predict this summer will be the busiest since 2019 – before COVID-19 decimated air travel.

The airport has partnered with more than 32 employers, including Delta Air Lines, Sun Country Airlines, FedEx, Transportation Security Administration (TSA), United States Customs and Border Control, Caribou Coffee and others , for the event.

“We’re so busy all the time, we need people,” said Stacy Wilkens, human resources director at the InterContinental Minneapolis-St. Paul, which is connected to Terminal 1. While more travelers are expected this summer, Wilkens said the hotel has also seen an increase in weddings and corporate events.

According to MAC spokesman Jeff Lea, 89% of airport locations have reopened at least part-time, including 92% of retail stores in both terminals and 87% of MSP restaurants and food outlets.

The recovery rate for airport concessions is around 75%, Lea said, meaning more sites are open but many are still operating at reduced hours.

Attracting employees to work at the airport “will make it easier for more stores and restaurants to reopen or extend their hours to meet expected customer demand for the upcoming summer season,” Lea said in an email. He noted that there are job openings with the TSA, US Customs and Aviation Support Services that also bolster airport operations.

“I saw an ad on Facebook about it, so I decided to get out,” said Paige Van Pelt, a stay-at-home mom from Edina who wants to work for an airline. “It helps that they have everyone here in one place.”

San Francisco-based airline and travel analyst Henry Harteveldt said labor shortages are one of the biggest potential constraints to travel this summer.

“The Memorial Day holiday weekend, which traditionally marks the start of the summer travel season in the United States, is now just under three weeks away,” Harteveldt said. “For the airlines, the next few weeks are ‘do or die’ weeks – either they have enough people to complete their training before the summer or they don’t.”

Airlines, including MSP’s dominant carrier Delta, are hiring at nearly every level, including airport workers, reservations agents, pilots and flight attendants, he said.

Openings at MSP accommodate all skill levels and include full-time, part-time and seasonal positions, with morning, evening and night shifts. Most employers pay more than the minimum wage rate of $14.25 – which drops to $15 on July 1 – and some offer hiring and retention bonuses.

Jeff Garver, chief operating officer of St. Louis Park-based Aero Service Group, said he expects passenger numbers to be “at or above 2019 levels this summer.”

Aero, which operates Stone Arch and Lake Wine Kitchen + Bar in Terminal 1 and Cocina Del Barrio in Terminal 2, participated in the job fair seeking nine cooks and two managers for its popular restaurants. (Once Lake Wine reopens later this year after a “refresh” of its restaurant, the company will hire 30 additional employees.)

Harteveldt noted that competition for good employees is tough and that working at an airport poses certain challenges. Airport jobs can require applicants to navigate unique hurdles, including background security testing, drug testing, and proper credentials, before they can begin training and then begin to work, he said. In addition, some employees must go through security to get to work.

At least one job applicant said Tuesday that MSP’s easy access to blue and green light rail service is a real benefit to the airport. (Both terminals have LRT stations.)

Aero’s Garver says MSP is “a great place to work. The airport provides a safe working environment that’s busy all the time and you can meet fun people from all over the world.”