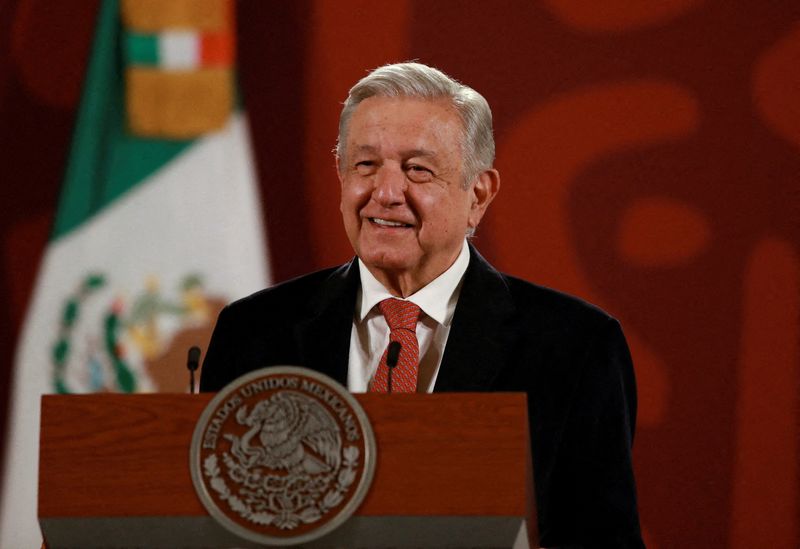 MEXICO CITY (Reuters) – Mexican President Andres Manuel Lopez Obrador on Friday offered to hand over the opulent presidential jet, which he inherited from his predecessors and did not sell as promised, to a planned military airline, where it could be rented out to workers.

Lopez Obrador, who has an austere approach to spending, has made the luxury Boeing 787 Dreamliner a symbol of the excesses of previous governments and since his election campaign has pledged to sell it. But finding a buyer willing to pay its $130 million price tag proved difficult.

“The plane will be handed over to Mexicana de Aviacion for special trips,” he told a news conference in the southern Yucatan Peninsula, saying it would be available for hire to workers. of the new airline for trips through Mexico and even to other continents.

“It would be rented in a special way for people who want to take their families or workers on a trip as a reward for their performance,” he said.

Lopez Obrador plans to create a new airline under the auspices of Olmeca-Maya-Mexica, a military company responsible for managing a handful of airports and the multi-billion dollar “Mayan Train” project being built in Yucatan.

Government critics have accused the administration of militarizing society by placing much of Mexico’s infrastructure, as well as its civilian-run National Guard, under military control.

Lopez Obrador told reporters the new airline would be called Mexicana de Aviacion, named after Mexico’s former flagship airline which filed for bankruptcy in 2010. Mexicana, one of the world’s oldest airlines, operated for almost a century.

He said the Mexicana brand and emblem would need to be valued and acquired to create the new company, “so there will be more flights and airfares won’t go up as much.”

Mexican authorities meanwhile are working to reclaim a Category 1 aviation rating from the US Federal Aviation Administration, after losing it in 2021, preventing local carriers from adding new flights to the United States. United States.