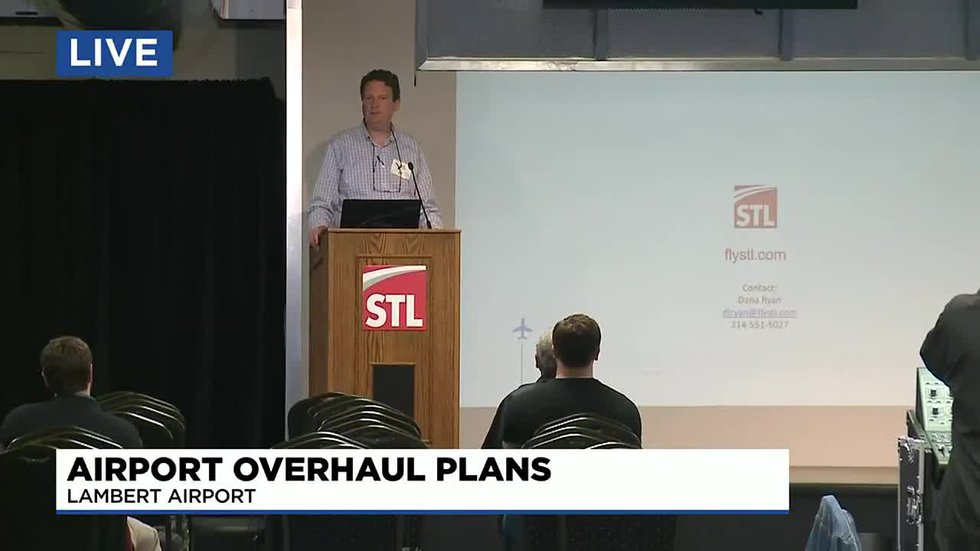 Lambert International Airport could get a makeover in the next decade

ST. COUNTY LOUIS (KMOV) – Lambert International Airport could get a makeover. However, that won’t happen anytime soon. Lambert officials and engineers held an open house Thursday afternoon for St. Louis residents to review their preliminary plans for a possible redesign of the airport.

Bowers has lived in Bridgeton for 50 years. He said he and his family used the airport frequently and had been involved in the surveying phase of what a future Lambert might look like.

“We use the airport a lot. In fact, I’m always here to deliver my grandkids or pick them up,” Bowers said.

Whether for business, pleasure or just to get back to basics, Lambert Airport travelers said they would all be ready for a change.

“Generally it’s about, I mean, at most four times a year. So it’s coming here to leave and come back summer and winter,” Jason Zhang said.

Zhang is a student at the University of Washington. He too wanted to have an impact and hear about future airport projects.

“Terminal access, picking up passengers, dropping them off,” Bowers said.

These are things that many people mentioned at Thursday’s open house, and Lambert officials are listening. Airport manager Rhonda Hamm-Niebruegge said she had conducted surveys over the past few months to get feedback from residents before preliminary plans were formed. The preliminary plan includes a single-terminal airport with 62 gates. This would happen at terminal one with renovations and additions. In addition to a new terminal design, an all-new east-west terminal road system would be constructed to facilitate traffic flow. On the airport grounds, engineers said they were incorporating new parking garages, better overall parking, and roomier indoor concourses with moving walkways.

“There is a lot of phasing, a lot of road works. Obviously, if we decide this is something as a region and our airline partners that we want to embark on, there will be more and more details as we go,” Hamm-Niebruegge said.

If the change happens, Lambert officials said no taxpayer dollars would be spent on the project. The cost depends on the airlines. Many people News 4 spoke to on Thursday are supportive of the changes.

“Having everything consolidated with one terminal, I mean, that means you don’t have to go through multiple security checkpoints to get to another lobby, having all the concessions in one place,” Zhang said.

Others echoed the same idea of ​​convenience.

“The plan where we are consolidating is exceptional. Like I said, we use the airport quite a bit and terminal one is nice, it’s not crowded, but terminal two is a real problem,” Bowers explained.

At this time, there are no tentative or established plans for Terminal Two. These are just the preliminary stages and no decision has been made yet. However, if this plan comes to fruition, it will take about a decade.