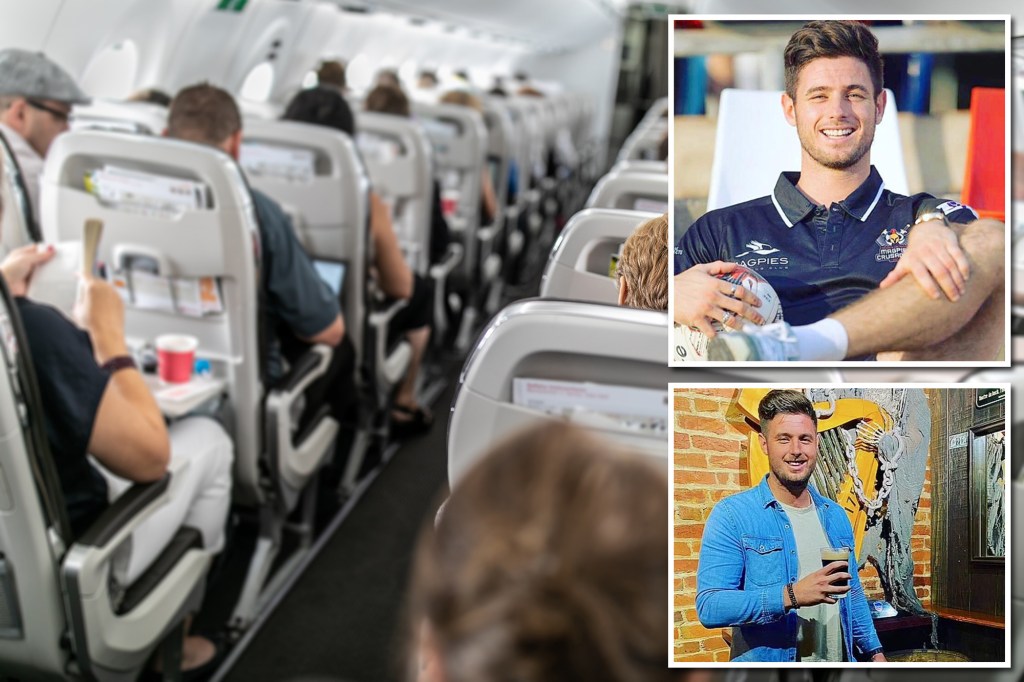 An Irishman has been arrested for refusing to wear a mask on a Delta flight to New York – and mooning at flight attendants and other passengers, according to federal authorities.

Shane McInerney, 29, faces up to 20 years behind bars for interfering with flight crew duties and intentionally assaulting and intimidating a flight crew member on a Delta Air Lines flight from Dublin to John F Kennedy Airport on January 7. authorities announced on Friday.

McInerney allegedly refused “dozens of requests” from the flight crew to mask up and drop his pants and underwear, upsetting passengers and flight attendants, according to the criminal complaint. He also raised his fists at the captain after placing his own hat on the pilot’s head, declaring, “Don’t touch me,” the court documents say.

McInerney, of Galway, Ireland, was a threat during the eight-hour transatlantic journey, federal authorities said. He allegedly threw an empty drink can which hit a passenger in the head, stormed into the first class cabin to complain about the food he was given in economy class, exposed himself to several passengers, kicked the seat of the person in front of him and refused to sit down during the plane’s final descent to JFK.

The complaint said “at least one passenger” found the Irishman “creepy” and that the flight crew considered diverting the plane to a nearby airport to deport McInerney.

McInerney flew to New York en route to Florida to start work at a state football academy, the watchman reported.

He was admitted to Jamaican Hospital for medical and psychological evaluation after the flight landed, prosecutors said.

McInerney was released on $20,000 bail pending trial and had to seek mental health care during his Jan. 14 arraignment in federal court in Brooklyn, authorities and reports said.

Heathrow Airport Moves to the Cloud with Oracle Fusion Applications