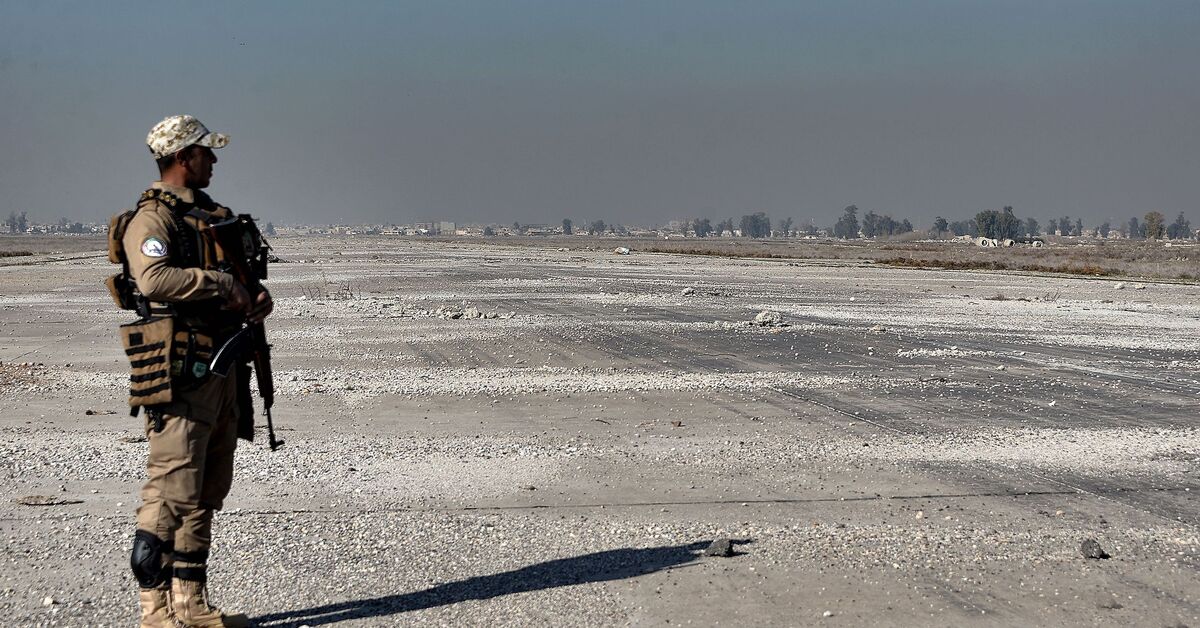 Kadhimi chaired on July 18, a meeting to discuss plans for the reconstruction of the airport which was damaged during the war against the Islamic State (IS).

His keen interest in Mosul comes in response to urgent demands lifted by the inhabitants of the province on July 16 for the reconstruction of the airport and factories and the realization of job-generating projects.

In this context, Planning Ministry spokesman Abdul-Zahra Al-Hindawi told Al-Monitor: that its infrastructure was destroyed and tens of thousands of homes were destroyed.

The project is also supported by UNESCO’s flagship initiative launched in 2018 to Bringing back the spirit of Mosulwhich threw a ray of hope that the archaeological monuments of the province could be reconstructed.

Al-Monitor contacted a source in the office of Ninawa Governor Najm al-Jubouri, who claimed that “the project has now become a strategic priority after recent instructions from Kadhimi”. The office admitted that there were price differences and that an international valuation and auditing company had been commissioned to estimate the cost.

However, Iraqi Civil Aviation Authority spokesman Jihad Al Daraji told Al-Monitor: “Discussions are underway with a French consortium on suitable designs for this project, which will relaunch the province’s economy and trade, and improve air transport capacity between Iraqi provinces and abroad.

Mosul District Commissioner Zuhair al-Araji talks about offers from several companies, including Turkish ones. He told Al-Monitor: “One of the Turkish companies required for the reconstruction of the airport that the local government guarantees 600,000 passengers per year, a huge number difficult to achieve in the current circumstances.”

Mazhar Mohammed Salih, financial adviser to the Iraqi prime minister, told Al-Monitor: “In the 1950s, the city of Mosul was a major economic center for the grain trade and the second most populous city in the country. At that time, its airport was the main tourist and commercial airport in northern Iraq.

Salih added: “Mosul in particular, and the province of Nineveh in general, urgently needs a modern and advanced civil airport which can boost air transport in northern Iraq and which interconnects with airports from the Kurdistan region and the rest of the Iraqi airports. This airport will prove increasingly crucial for tourism and commerce.

Regarding the exemptions granted to the Mosul airport project, he said: “The execution of the Mosul airport reconstruction project, which is part of the reconstruction campaign of Nineveh after its liberation from terrorism, has failed due to bureaucracy and administrative procedures. . This caused delays in making decisions and obtaining approvals, which resulted in costly additional costs. It is necessary to speed up the process of reconstruction of the airport in order not to lose profits and avoid unjustified budgetary overruns.

Salih praised Kadhimi’s decision, saying, “The government has taken exceptional decisions in accepting the execution of the works of the Mosul airport project by concluding contracts outside the approved bureaucratic mechanisms and in accordance with the powers granted to the Council of ministers”.

In turn, Mahmoud al-Hashemi, a researcher at the Union Research Center in Baghdad, told Al-Monitor: “The reconstruction of Mosul International Airport is a step in the right direction. Mosul ranks second after Baghdad in terms of area and population. The city also has a prestigious heritage and civilization, and its airport is perhaps one of the oldest (in the country) since it was built in 1920 under the British mandate of Iraq as a military airport. . Then, it was transformed into a civilian airport in 1922. After the war, the airport was transformed into a pasture for animals.

He argued, however, that the sudden interest in Mosul airport could be used as a political card to win the loyalty of political forces in the province.

Meanwhile, Nabil al-Ali, a political and economic researcher in Baghdad, criticized the exemptions granted to the airport reconstruction project. He told Al-Monitor, “The granting of repeated exemptions by the government to heads of departments, government institutions and ministries could encourage corruption.”

He explained, “The Contract Execution Instructions No. 2 of 2014 are supreme rules issued to all public government agencies and institutions. They draw the lines that must be followed in entering into contracts in a way that protects and guarantees the rights of all contracting parties, achieves justice and equality among bidders, and safeguards public funds. Waivers of these instructions should only be granted in special circumstances such as war, natural disasters or major crises.

Ali continued, “Many exemptions were observed, such as those granted to contracts related to the ration card program, contracts for regional development projects worth tens of billions of dollars, and contracts from numerous ministries. More recently, exemptions have been granted for the execution of projects related to Mosul airport.”

Ali estimates that “exemptions can lead to a waste of public money amounting to about 20% of the volume of expenses excluded from the instructions mentioned”.

Former Iraqi deputy from Nineveh province and civil and political activist Joseph Sylawa told Al-Monitor that “the completion of Nineveh airport is a good indicator and [adds] an essential service for a region inhabited by more than 3 million people, since most of the inhabitants are now obliged to pass through Erbil International Airport.

He believes the airport will be a cultural window to the world as it will strengthen the openness of the people of Mosul, influenced by IS ideology. “Strict and deeply rooted discourse is prevalent in Mosul, where Christians suffer from discrimination.

Sylawa warned that the project should be protected from corruption and blackmailers. “Many business projects in Mosul stumble, or fail, despite the colossal sums allocated to them. Thus, it is all the more necessary to apply a precise financial control and to ensure the speed and the good execution of these projects.