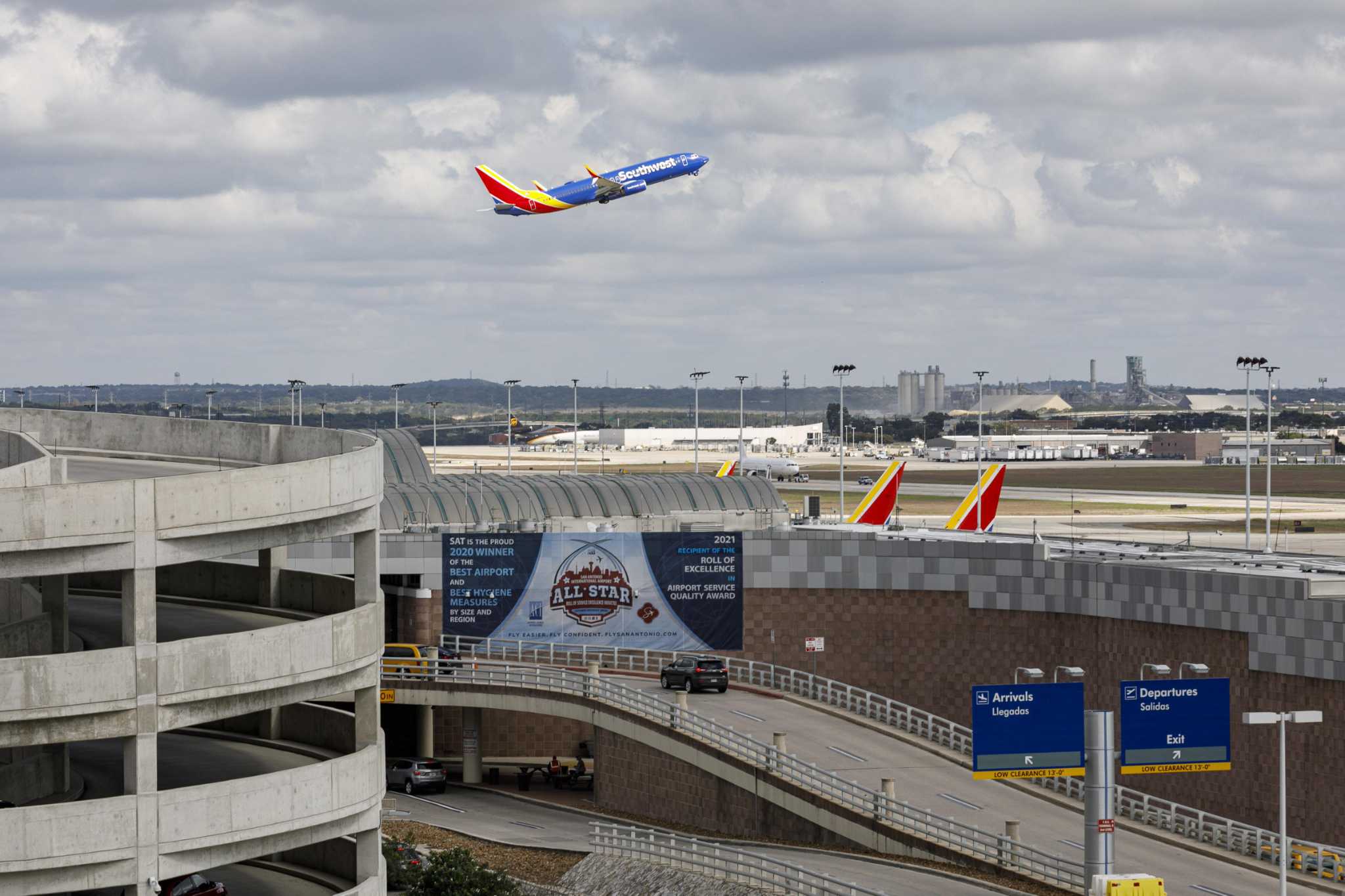 A $ 2.5 billion master plan that would add a terminal, more gates and the possibility of international flights to the San Antonio airport was unanimously approved at Thursday’s city council meeting.

“We are moving forward to build the airport we deserve for the future,” said Jesus Saenz, the city’s aviation director.

The 20-year vision for San Antonio International Airport is now submitted to the Federal Aviation Administration for review, which the agency requires every ten years. However, federal officials have already approved the plan, Saenz said.

There are no plans to relocate the airport, which is next to US 281 just north of Loop 410, not far from the city center.

Councilor Clayton Perry – who represents District 10, which includes part of the airport, on the northeast side – was the only council member to express major reservations about the final approval of the plan.

“I want to support it, but I also want to see how we’re going to pay for it,” Perry said.

The plan sets out funding mechanisms and general plans, but does not specify where each dollar will come from for each project. Perry said he wanted to know exactly how the city will pay for the long-term plan years into the future.

Saenz said the aviation department would not move forward without the council’s support for the phases to come. Each specific element of the airport’s vision has yet to come back to city council for approval.

The master plan is just a vision, said city manager Erik Walsh. He said Perry did not receive the precise financing plan for each component as it does not yet exist.

“This is the next step,” he said. “We will definitely make sure this is in front of the board as we take these next steps.”

Here’s what residents and travelers might see at a future redesigned San Antonio International Airport.

Terminal A opened in 1984. The authorities hope to demolish it and redo it completely.

The city also wants to build a brand new Terminal C that can accommodate more gates for more flights. It could open in three to five years.

Updated terminals would also provide space for more concessions such as restaurants.

Right now, Terminals A and B are separate and don’t work in unison, Saenz said. Each has their own security checkpoints, and once you pass them, you must stay in that terminal.

The master plan envisions a central checkpoint that would allow passengers to move between terminals once they have passed security. This means that someone with a flight from Terminal A could visit a restaurant in Terminal B.

Airport officials want to be prepared when airlines see increased demand in San Antonio for international flights to Europe or Central and South America. They also expect this request to materialize.

Saenz did not say when residents could fly overseas from their home airport, but said market demand would lead to the decision.

In order to have the infrastructure for these transatlantic flights, the master plan includes the extension of a runway to 10,000 feet.


More passengers means more people who have to leave their cars behind on their journey. A new car park is also part of the master plan.

The airport renovation would not require municipal tax money from the general fund, Saenz said.

Some would be paid for with the help of the Federal Aviation Administration. The budget also comes from revenues generated at the airport itself.

“The people who use the airport are the ones who pay for it,” Saenz said.

The city’s first sentence runs from 2022 to 2026. During that time, the airport could see three new gates, baggage system upgrades, new terminal concessions and more.

The second phase runs from 2027 to 2030 and could bring the new Terminal C with a potential new international arrivals hall. The terminal could have around 17 gates and new concessions.

A new parking center could also be completed during this second phase.

From 2031 to 2035, travelers could see a renovated Terminal A, parking lot expansion, aerodrome security improvements and the design of a central passenger checkpoint.

Beyond that, there could be a new airport entrance from loop 410.

“Historically, the airport has not been something I could say I was very proud of,” said Mark Fessler, Chairman of the Airports Advisory Board. “We now have the opportunity to have something that we can all be extremely proud of.”