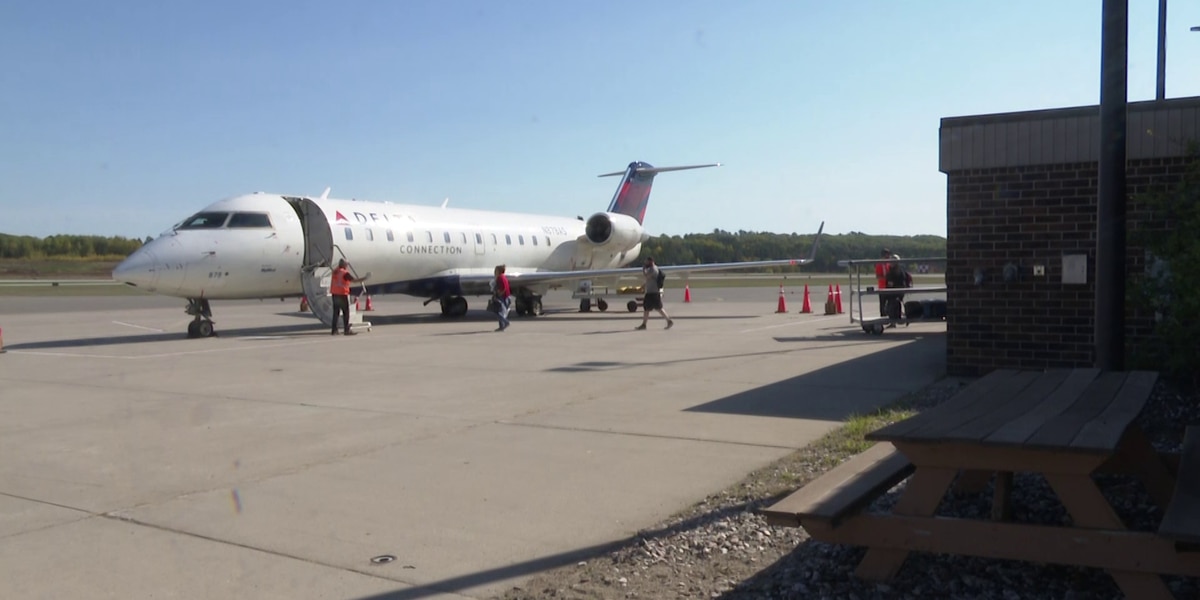 KINGSFORD, Mich. (WLUC) – While some UP airports have shrunk due to airlines abandoning flights, Ford Airport in Dickinson County has increased its passenger numbers. It has also upgraded its facilities and says it has further expansions in the works.

Ford Airport may be one of the smallest in UP, but airport manager Tim Howen said he is determined to see the airport grow.

“We have made some improvements to the buildings. We’ve made some energy and lighting upgrades,” Howen said.

Howen said most of the $1 million annual maintenance fund is spent on repairing the airport’s asphalt. Howen has worked at the airport for 20 years as a manager and pilot. During this time, the airport doubled its number of passengers.

Howen said the airport has resumed normal operations, expecting to reach 20,000 again this year. SkyWest operates all Delta flights to and from the airport. Each plane holds 50 passengers.

“We have a flight to Minneapolis and one to Detroit. That suits us very well,” Howen said.

Beginning Thursday, these flights are direct again, with a late morning departure to Detroit and a late afternoon flight to Minneapolis. Howen said Ford Airport is still feeling the impact when flights are canceled at other UP airports.

“Every time an airline pulls out, we’re affected,” Howen said. “Sometimes the impact is negative, or we can increase our numbers a bit. However, it hurts the whole region.

Commercial air service to Ford Airport is subsidized by the Federal Essential Air Service Program and its contract continues for another year.

Even with the uncertainty the pandemic has brought to the airline industry, Dickinson County still sees a steady stream of private and business travel.

“We are very fortunate in the Dickinson County area to have a lot of business air travel that uses both commercial and private aircraft to fly in and out. It gives us a stable user base located here in the immediate community,” said Lois Ellis, executive director of the Dickinson Area Economic Development Alliance.

A new hangar has been under construction at the airport for a year. It will be a county building storing the WWII A-26 invader, a small museum and other private jets. However, this is not the only renovation project underway.

“Most recently we’ve been working on a new terminal,” Howen said.

Howen said the current terminal is half the size of what the airport needs. They are still in the design phase of the project and Howen hopes they can start building a brand new terminal within two years.