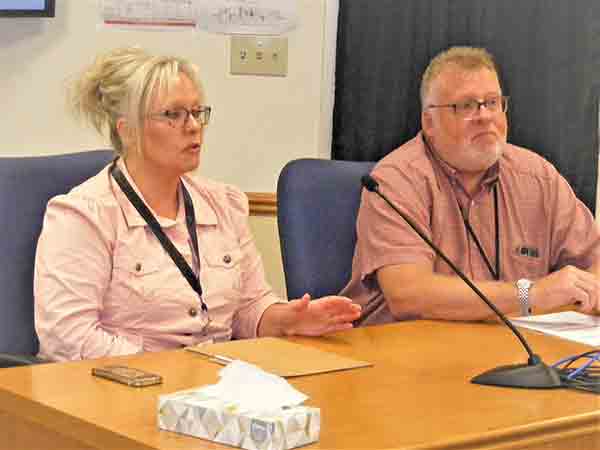 At the Fillmore County Board of Directors meeting on July 11, Airport Manager Pam Schroeder announced that the Fillmore County Airport would receive a grant from the Federal Aviation Administration (FAA) to an amount of $950,000. This is one of four grants received by Minnesota airports.

The federal funding is part of the bipartisan Infrastructure Investment and Jobs Act that was signed into law last year. The funds will be used for a new arrival/departure or terminal building. The grant requires a matching of 5% or $50,000 of local funds.

Schroeder said there were 650 applicants for the highly competitive grant nationwide. A total of 85 airports were selected. Forty-seven grants went to rural or disadvantaged populations. She said the grant will accelerate improvements to the airport by 20 years. Fillmore County has been successful in part through community economic development elements, including the Cemetery and Veterans Home; in addition, it is a destination for tourists. The infrastructure act aims to increase development in small communities.

Pam Schroeder was chosen as the next president and first female president of MCOA. She has served as the Fillmore County Airport Manager since 2006. During her two-year term, she will focus on the people, who are needed to run an airport. She credits MCOA for helping her build relationships with the FAA and MnDOT Aeronautics. As a result, she was better able to solve problems and learn effective airport management.

Other activities in brief

• Jill Huffman, Harmony Telephone Company, explained that Minnesota’s 2022 border-to-border grant application is due August 4. The project area is north of their current project area and south of Fountain, which includes 114 locations between Preston and Fountain. This includes underserved and unserved areas. The total cost of the project is $2.8 million. The request is for $1.1 million from the state.

The council approved a letter of support from each of the commissioners and an agreement for a loan of $75,000 (to be repaid over three years). Huffman said, “We’re very excited to expand broadband.”

•Sara Sturgis, Historical Society, applied for an appropriation for 2023. She asked council to consider an increase of $5,000 for 2023 as the historic center building needs some maintenance. The Fillmore County Historic Center in Fountain saw 1,200 visitors last year, about 50% locals and about 50% tourists. Commissioner Duane Bakke noted that the center has been very active in recent years.

•Aaren Mathison, Ag Society, updated the board on improvements to the County Fairgrounds over the past year. The conservation building was rotten and unsalvageable; it was suppressed by the Roads Department. The riding school project is complete. This year’s fair runs from July 18-24. Last year was a record year for attendance. He called the fair a value-added family event. He asked for continued board support for 2023.

• Sheriff John DeGeorge requested and received approval for a change order for Schneider Geospatial. The original contract deal as of July 2020 was $21,600; the final fee was reduced to $9,326.88.

Approval has been given for the purchase of a 2022 Dodge Durango squad car through Enterprise Fleet Management with proper equipment and decals. Approval was for purchase when and if the car becomes available. It will replace a 2016 Dodge Durango.

•The Board interviewed a candidate for the position of Director of Social Services.

• The next board meeting will take place on July 26th.