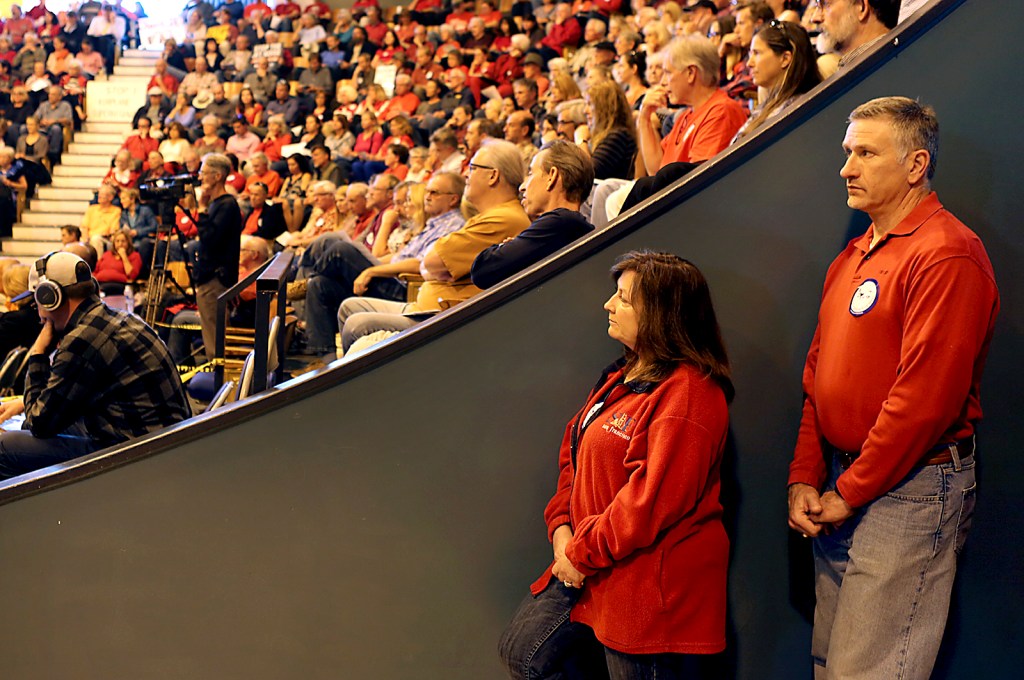 SANTA CRUZ – It’s not that the Federal Aviation Administration didn’t want to work with local lawmakers and their constituents to dampen aircraft noise in Santa Clara, Santa Cruz and San Mateo counties. In the case of the SERFR or “Big Sur” flight path, the design criteria requested were impossible to meet, an FAA spokesperson said this week.

In a recent press release from their Congressional offices, Representatives Anna Eshoo, Jimmy Panetta and Jackie Speier expressed disappointment at the FAA’s decision not to adopt the South Bay Arrivals Special Committee’s recommendation to create a new NextGen procedure for arrivals from the south in San Francisco International Airport.

“The select committee worked tirelessly for nine months… and held thirteen town hall meetings in our three congressional districts with over 3,500 voters attending the meetings to develop the SERFR / BIG SUR consensus recommendations,” the leaders wrote.

The FAA spokesperson told the Sentinel that some of the design elements requested by the committee were not compatible with FAA safety criteria. These recommendations included flying fewer people, crossing the shoreline of Monterey Bay above 12,500 feet MSL (mean sea level or flight altitude above sea), and crossing the point of MENLO traverse (or a convergence of flight route located in the airspace over Hwy 101 at Menlo Park) above 5,000 feet MSL and maintain power at idle to the HEMAN waypoint ( another road convergence located in Redwood City east of Bair Island).

In the case of the Monterey Bay shoreline recommendation, FAA safety criteria state that aircraft should be able to cross between 10,000 and 15,000 feet above mean sea level.

In the event of crossing the MENLO waypoint at or above 5,000 feet above mean sea level and maintaining power at idle up to the HEMAN waypoint, the FAA told Sentinel that ” it cannot guarantee that the aircraft will be idle to the HEMAN waypoint or that each aircraft will be above 5,000 feet mean sea level at the MENLO location or near. In addition, current FAA safety criteria prevent the procedure from continuing at HEMAN.

“We take into account the recommendations of the community and the intention of a nationwide request, but we must design according to the FAA’s safety criteria,” the spokesperson said in a statement.

In 2018, as Santa Cruz County leaders voted to join a regional roundtable to address frustration caused by SERFR, the FAA designed a task force to design a new route as requested by the committee. restricted.

“Given the importance of SERFR to communities, we worked hard to develop a SERFR design that best met the recommendations of the select committee. This process took a long time and was prolonged by external factors, including a five week hiatus in federal government funding, which created months of backlog for us when we returned to work, ”they said. declared.

The FAA had planned to inform all concerned of the state of the design in 2020. A recording of the Santa Clara / Santa Cruz County Community / Airport Roundtable meeting on October 28, 2020, however, shows that ‘A member of the Eshoo representative’s office requested just days before the meeting that the roundtable not be briefed on the route design due to the ongoing CZU lightning fire.

The staff member said in an email that many community members were unable to participate as they still did not have basic needs such as water or electricity.

A representative of the Esho team could not respond to the delay before the publication.

The move, the FAA explains on its website, was aimed at modernizing the US transportation system to make flights safer, more efficient and more predictable.

In Santa Cruz County, that meant planes were now flying over Capitola, Soquel, and Happy Valley instead of the Westside of Santa Cruz and the ridge between the San Lorenzo Valley and Highway 17.

Following the decision to move the route approximately 3 miles, over 3 million noise complaints have been filed due to a change in descent procedure – the need to brake to stay in the airspace Class B from San Francisco. The FAA spokesperson said this security vulnerability has since been addressed and the new route is now fully contained in the airspace.

Then residents were divided when the idea of ​​moving the flight path by a proposed route called DAVYJ was presented in October 2016 and accidentally implemented in February 2018.

In June 2019, FAA representatives attended the fifth roundtable meeting and informed members of the public that community engagement around the idea of ​​returning the road to the original Big Sur overlay could take one to two years.

Since then, the FAA spokesperson said, the agency has sought to work with roundtables that include feedback from residents and elected officials – many of whom have written letters on the subject for the print editions of Sentinel.

“We will continue to work with community roundtables if they wish to submit new consensus recommendations,” the spokesperson wrote. “If the FAA’s safety standards and new technologies evolve, we may be able to revisit the issue in the future. “

Lawmakers, too, have vowed to keep the issue from being dropped.

“The participation of our constituents has brought the FAA to the table for a dialogue on aircraft noise reduction, and we pledge to support their continued efforts,” the lawmakers added in a statement.

Prison, training center and airport projects could be financed by the public facilities authority