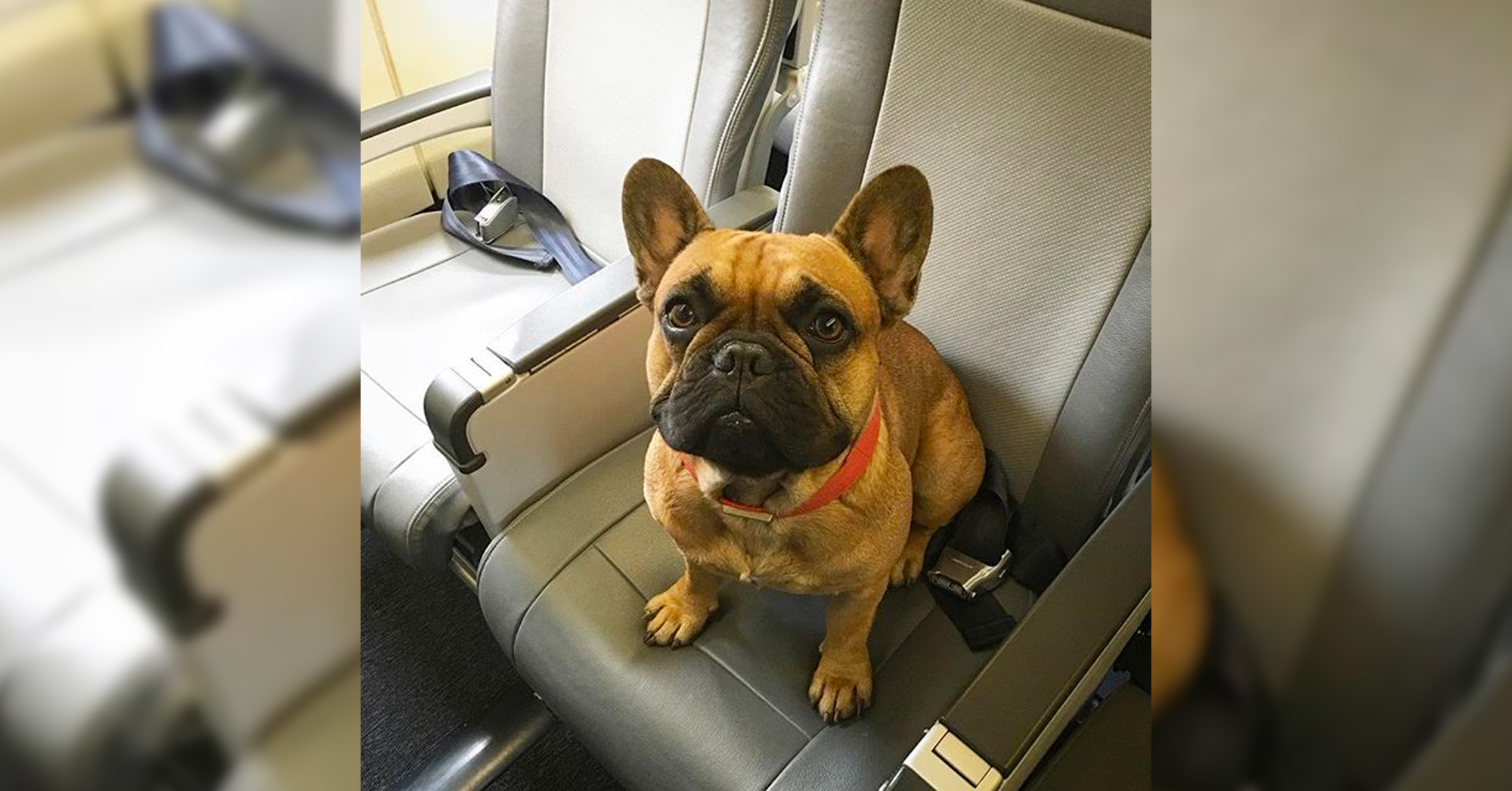 “Excellent customer service”: two flight attendants go against protocol to save the life of a four-legged friend

Loyalty, friendship, and companionship are what come to mind when you think of dogs. No wonder we think of them as “man’s best friend”. And as best friends, we would do anything to protect them, knowing that they would do the same for us.

When Darcy, an adorable French Bulldog needed help, two flight attendants stepped in and saved his life without hesitation!

Michele Burt, her husband Steven and three dogs boarded a JetBlue plane from Florida to Massachusetts. Used to taking this route, it was supposed to be a fairly routine flight. Michele followed protocol and put the dogs in their cages under her seats, however, she noticed that Darcy was having trouble breathing and decided to go against the protocol.

Michele opened the door of Darcy’s baby carrier to check that she was okay and noticed that her tongue was blue. “I am aware that this is a sign of a lack of oxygen,” the woman later explained. “I pulled her out from under the seat and placed her on my lap to cool off and help her relax as she panicked and breathed frantically.”

Flight attendant Renaud Spencer didn’t know what was going on and at first she was strict with protocol until she noticed there was a problem with Darcy and asked her colleague Diane Asher to help.

Renaud – who also owns a French Bulldog, had an idea. One that goes against protocol, however. However, she was willing to take the risk, to save the poor dog’s life.

“She [Renaud] brought a small oxygen tank with a mask attached and offered it up saying, “Maybe that will help,” Michelle said. “I believe Renaud and Diane saved a life, some may downgrade the life because Darcy is a dog – I don’t.”

When she found out about the situation, the company couldn’t be prouder. They even congratulated the two women for their actions! “Our mission is to inspire humanity, and we are very proud of these exceptional crew members who consistently demonstrate a passion for excellent customer service,” JetBlue wrote in a statement.

A future for people with disabilities in space takes off