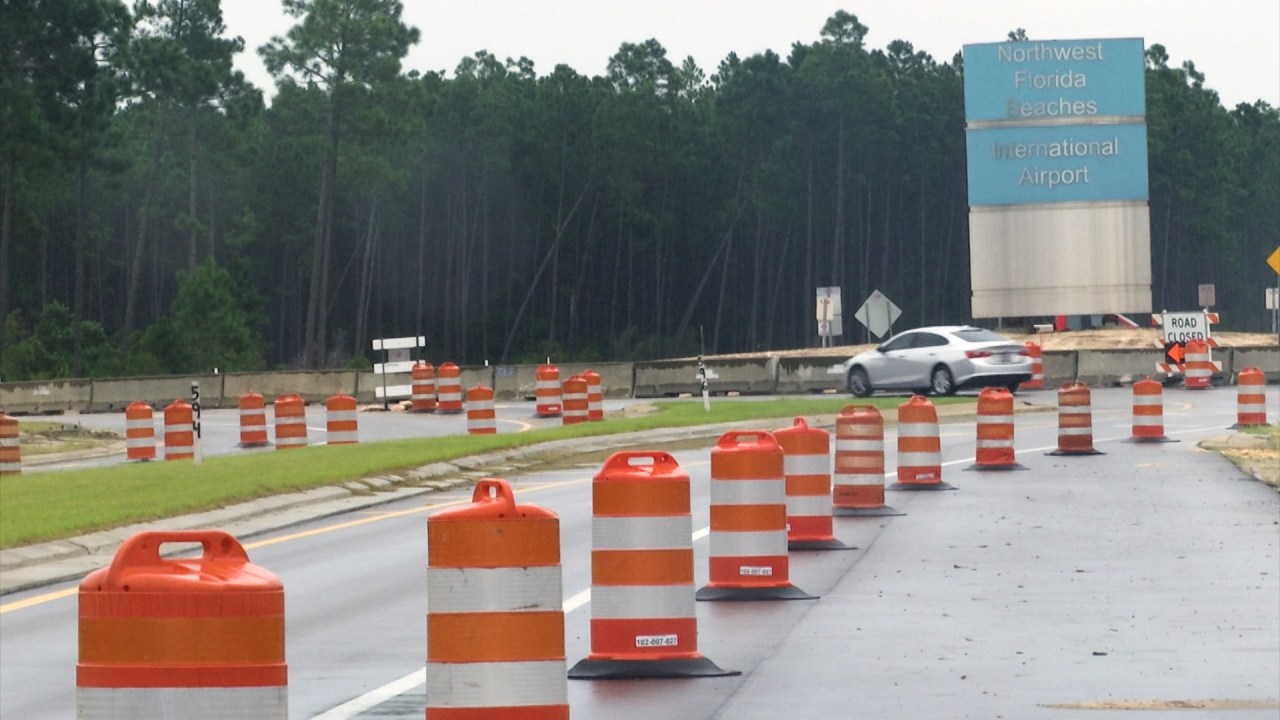 PANAMA CITY BEACH, Fla. (WMBB) — Anyone who has traveled through Northwest Florida Beaches International Airport in the past three years has likely been forced to deal with road closures, detours and construction.

Joe Prato lives at the beach half the year and it’s something he’s ready to see happen.

The Florida Department of Transportation is working to realign the portion of State Road 388 leading to the airport.

This project is expected to be completed in 2023.

Officials say PCB airport will not be affected by 5G pads

However, the roundabout opens soon.

“Maybe sort of the roundabout opening in September so they can do some work in other places, but the roundabout has to be open for that to happen,” said Parker McClellan, manager Executive of Northwest Florida Beaches International Airport. “So we’re really looking forward to it. Our big sign has been put back in place. It’s going to be lit here in the next few weeks. We’re excited about all these opportunities that arise.

The airport’s chief executive said it was also working on several other travel improvements.

“For employees, long term, as well as our overflow,” McClellan said. “All of these things are things we need because of the tremendous growth our airport and community has seen since the pandemic and since really 2019.”

With this growth, they will also have to expand into other areas of the airport such as the terminal.

“There will be impacts, but we’re trying to work very hard to make sure we minimize those impacts so that we continue to have a positive experience even though there’s a lot going on,” McClellan said.

Baggage claims, baggage hall and checkpoints will all undergo renovations in the near future.

Luggage damaged, delayed or lost during the flight? You may be eligible for a refund

Although this is a downside, Prato is happy to see improvements.

“We love this area and all the progress that is happening at this airport.”

Airport officials are currently working on a strategic plan to fund these projects.

Houston airport executives discuss ‘summer from hell’, including why the IAH construction mess was necessary