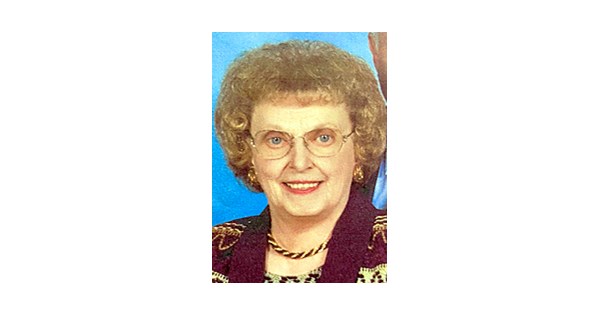 Dorothy L. Buescher, 94, of Lawrence, Nebraska, died Friday, February 25, 2022 at her current residence at Gramercy Hill in Lincoln, Nebraska. Dorothy was born on September 15, 1927, in her home in Clay County, near Spring Ranch, Nebraska. She was the youngest daughter of John and Lillian (Wolfe) Lipovsky. Dorothy attended Prairie Rose District 4 Rural School for 8 years and graduated from Lawrence High School in 1945. She worked on the farm until she was 21 years old. Dorothy was a receptionist and nursing assistant for Dr AE Harrington, ear, eye and nose specialist in Hastings for two years.

On October 18, 1950, she married her high school sweetheart, Donald Buescher, at St. Martin’s Catholic Church (Louchy) near Deweese, Nebraska. Don and Dorothy lived in Lawrence for 3 years and moved to the parent farm in 1953 where they farmed. In 1970 they moved to Lawrence and lived for 47 years in the house they built. In 2017 they moved to Gramercy Hill in Lincoln. After 69 and a half years of marriage, Don passed away on April 6, 2020.

Dorothy was a full-time homemaker and held various positions with the Sacred Heart Altar Society and the PTA for many years. She volunteered whenever possible and loved music and playing the piano by ear, dancing, playing cards, especially bridge with her friends. Dorothy enjoyed traveling with her husband Don to visit their children and to other destinations made possible by their daughter Nancy, while working as a flight attendant for TWA.

Dorothy was a devoted homemaker who loved taking care of her family. His life has been enriched by his faith, his family and his friends.

The Rosary will be Saturday, March 5, 2022 at 10:00 a.m. and Mass will be Saturday, March 5, 2022 at 10:30 a.m., both at Sacred Heart Catholic Church, Lawrence, Nebraska with Father Corey Harrison officiating. Interment will be at Sacred Heart Catholic Cemetery in Lawrence. There will be no viewing or visitation as his wishes were to be cremated. Instead of flowers, the memorials of the Catholic Church of the Sacred Heart are preferred. Private condolences can be sent to the family at www.mertenbutlermortuary.com. Merten-Butler Mortuary, Blue Hill, Nebraska is in charge of the arrangements.