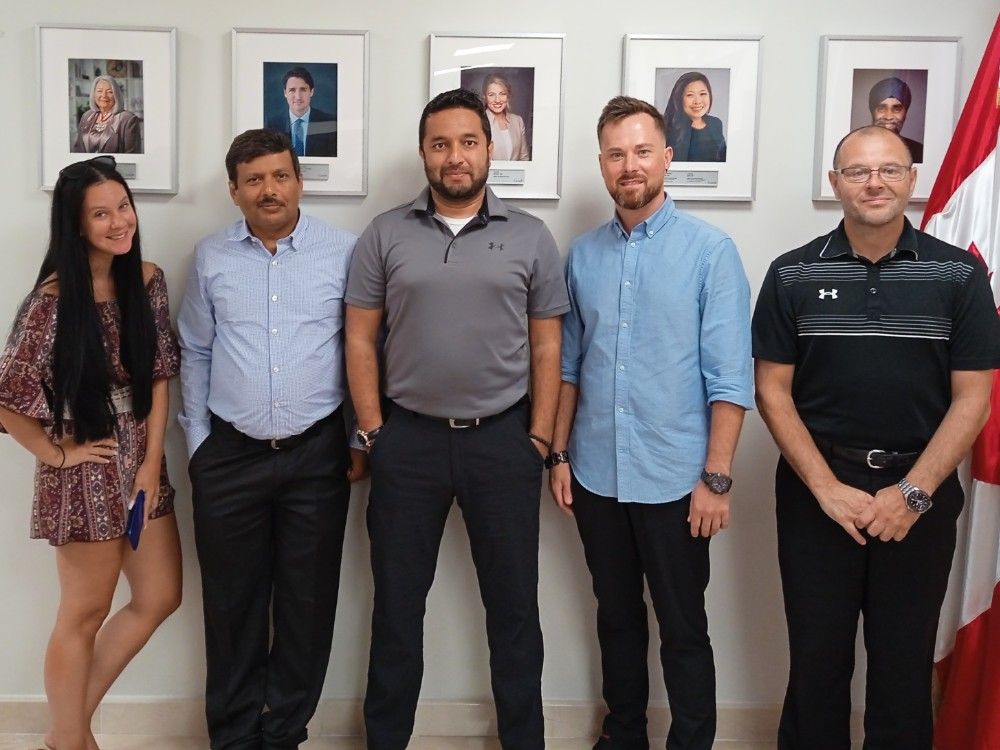 The ‘prison leader’ held in the overcrowded cell in the Dominican Republic had threatened members of a Canadian airline crew for days, imprisoned himself after finding and reporting contraband on their plane.

The prisoner promised a violent end unless they transferred money to local inmates, at one point placing a corpse in front of them to drive home the point. Relief finally came when the Pivot Airlines crew was released on bail.

But during a regular courthouse check-in last week, they were stunned to be approached by this same inmate boss.

“Pilot, I’ll see you real soon,” he told one of the Canadians as they waited in the prosecutor’s office, according to Pivot CEO Eric Edmondson.

The crew and their passengers are due back in court for an appeal hearing on Thursday, when prosecutors argue they should be denied bail and returned to that cell.

“We have no doubt that this deliberate and staged act of intimidation was a direct and implied threat to our crew,” Edmondson said Tuesday.

The incident came after an independent investigation commissioned by the company cleared its employees and highlighted “deeply concerning” aspects of the initial police investigation into the discovery of contraband goods. The crew had alerted local authorities to the bags hidden on the plane, with police later saying they contained 210 kilograms of cocaine.

Meanwhile, none of the Canadians – whose passports were seized – have been questioned about the incident they reported more than three months ago, Edmondson said.

The developments make it all the more important for Ottawa to aggressively intervene on behalf of detained Canadians — and to question the safety of anyone traveling to the Dominican Republic, the CEO said.

Nearly one million Canadian vacationers visit the country each year, while various reports have detailed widespread corruption and human rights abuses in its justice and corrections systems.

Pivot is grateful for the efforts and encouraging words of the federal government, with Prime Minister Justin Trudeau and Foreign Affairs Minister Melanie Joly raising the issue with their Dominican counterparts. But the airline does not know what concrete steps Ottawa has taken to protect Canadians, he said.

“The problem is that there doesn’t seem to be any action. They don’t seem to do anything. »

But Adrien Blanchard, spokesperson for Foreign Affairs Minister Melanie Joly, referred to the Trudeau and Joly meetings and said the government was taking the matter seriously.

“Canadian officials at all levels have raised this matter with Dominican Republic officials, including to let them know of the priority our government places on the safety of those involved,” he said.

A representative of the Dominican Embassy in Ottawa could not be reached for comment on Tuesday.

Some Pivot crew members have also filed complaints with the United Nations Human Rights Council about their treatment ahead of Thursday’s hearing.

“The biggest fear is not coming back alive,” flight attendant Alex Rozov said on Tuesday of the prospect of being sent to jail again. “I hope this nightmare ends as soon as possible.”

He said it was ‘very shocking’ to see the inmate boss last week in the waiting room of the prosecutor’s office, where Rozov and his colleagues had to check in as part of their release conditions under bail.

In a previous interview, Captain Rob DiVenanzo described how the inmate made constant and violent threats during his time in prison – conveyed through his cellphone’s translation app – while banishing Canadians to the toilets of the tiny cell for three days without food or water. .

Their small chartered plane was due to take off from the resort town of Punta Cana on April 5 with seven passengers – potential investors and their guests being entertained by an Alberta company.

A Pivot mechanic discovered one of the bags in the avionics bay of the CRJ-100 and the airline alerted the RCMP and authorities in the Dominican Republic.

Shortly after local drug police found seven more bags, they took the Canadian crew and passengers into custody, where they remained for nine days until a judge released them on bail. He cited a lack of evidence linking them to the hideout.

The investigation that Pivot commissioned from Guidepost Solutions, a leading international security firm headed by a former deputy director of US homeland security, highlighted unusual shortcomings in the local investigation.

Investigators noted that the crew had to call police back to the plane after initially removing only half of the bags believed to have contained drugs, according to Edmondson’s summary of the company report. And officers took the packages to an unknown location for an extended period of time, only to send “similar-looking” bags back on the plane.

“The obvious concern for crew members is that they cannot verify that the contents (bags) that were returned were the same as when they left,” the CEO said.

Although the police’s motives in the case are unclear, Edmondson said he heard many stories of bogus drug deals intended to bolster the reputation of Dominican police and prosecutors.

Human rights issues include “difficult and life-threatening prison conditions; arbitrary detention; serious problems with the independence of the judiciary,” said a 2020 report by the US State Department.

Some old-model prisons — where the majority of inmates end up — were effectively unsupervised by staff because “inmates controlled the inside with their own rules and justice system,” the report says.

He also noted that police often detained all suspects and witnesses to a crime, while corruption among judges was rampant.

A report from last year International Transparencyan anti-corruption NGO, said the Dominican Republic is among a handful of countries on international narcotics transit routes that lack crucial procedures to protect victims and witnesses of organized crime.

“The Dominican Republic has done a great job of increasing tourism,” Edmondson said. “But the problem is that until they chase away corruption, they are ahead of their skis…. They lack fundamental protections to keep travelers safe.

Sign up to receive the best daily stories from the National Post, a division of Postmedia Network Inc.

Thank you for your registration!

A welcome email is on the way. If you don’t see it, please check your spam folder.

The next issue of NP Posted will soon be in your inbox.

We encountered a problem during your registration. Try Again