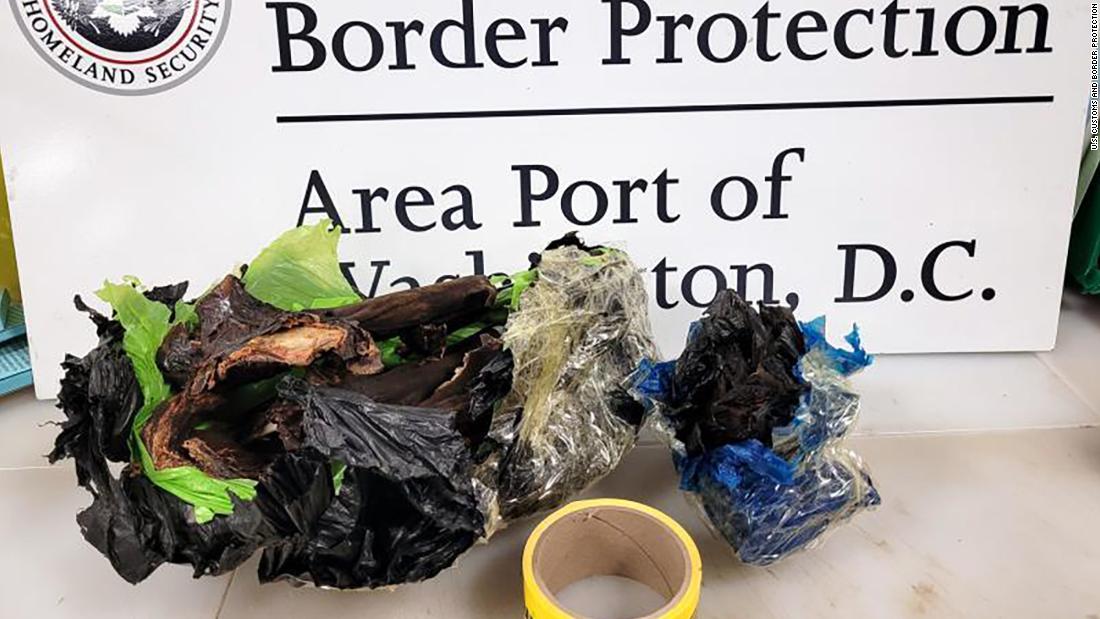 The charred meat was found in the luggage of a Maryland passenger arriving from Ghana on April 5, CBP said in a Press release.

In addition to bat meat, the traveler also carried prohibited plants in his luggage, including 12 pounds of tetraplura (a West African flowering plant), turkey berries (yellow-green berries of the size of a pea) and eggplant, authorities said.

The plants were seized and destroyed, and the meat was turned over to the CDC for further inspection, CBP said. The traveler was released.

“Customs and Border Protection Agriculture Specialists play a very difficult frontline role in protecting the public, our nation’s agricultural industries, and our economic vitality every day from the deliberate or unintentional introduction of potentially disabling animal diseases that can be carried in passenger baggage,” Daniel Escobedo, CBP Regional Port Manager for the Washington, D.C. Regional Port, said in the statement.

Bushmeat has been linked to the spread of Ebola, because humans can be exposed to the virus through hunting, slaughtering and eating infected animals, according to the CDC. Bats, in particular, have been suggested as a possible source of the COVID-19 pandemic.

Despite these concerns, the bushmeat trade continues to grow due to, among other things, food insecurity.