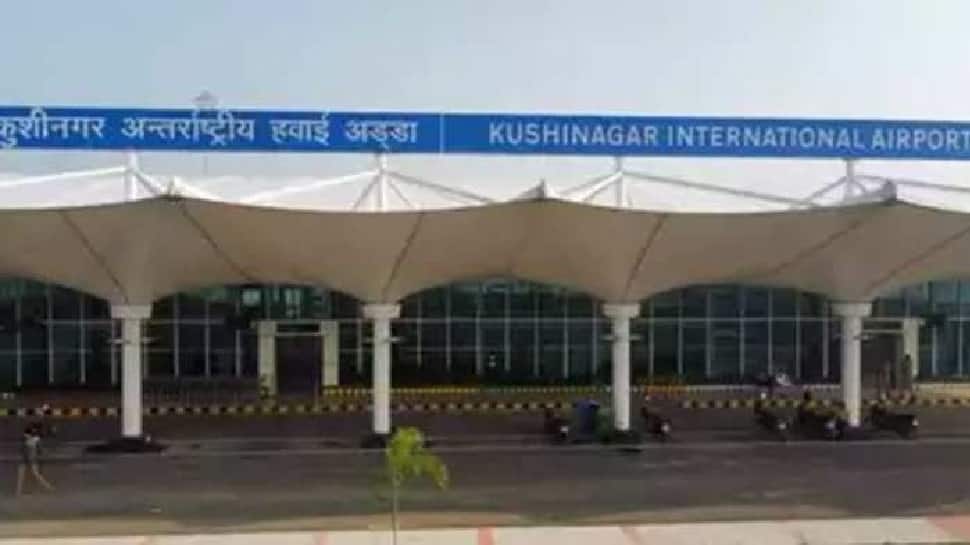 As India opened its skies to international travelers after two years on March 27, it received its first high-level Buddhist delegation from Vietnam and Thailand at Kushinagar International Airport in Uttar Pradesh.

The delegation was led by the Most Venerable Thich Duc Thien, Vice President and General Secretary of the Buddhist Sangha of Vietnam through a special charter flight on March 27. This is the first high profile international visit to the newly inaugurated Kushinagar International Airport since the government of India relaxed the Covid-19 protocol for international travel.

The chartered flight which took off from Vietnam landed in Kushinagar and was warmly welcomed by Kushinagar residents, according to a statement. The legislative members of the region welcomed the revered monks and ensured all their support during their stay in Kushinagar.

The team of visiting Buddhist monks from Vietnam and Thailand also handed over US$1,000 to the local legislator as a contribution towards the development of Kushinagar Airport. Most Venerable Thich Duc Thien is an alumnus of Indian Council International Relations and studied Buddhism at the University of Delhi. He is also a member of the Vietnamese Parliament.

Prime Minister Narendra Modi inaugurated Kushinagar International Airport on October 20. The airport aims to facilitate Buddhist pilgrims from around the world by providing seamless connectivity to various Buddhist sites in the region.

The Vietnam Buddhist Sangha (VBS) is the only government-recognized Buddhist organization in Vietnam. Many senior VBS monks have studied in India. The VBS recently co-organized a quiz on Buddhism with the Indian Embassy in Hanoi. Vietnam quiz winners will travel to India and visit Buddhist sites. Likewise, winners from other countries, including Sri Lanka, Thailand and Japan, will also visit the land of Buddha.

Potential Causes: Exploring the Possibilities of a China Eastern 737 Crash