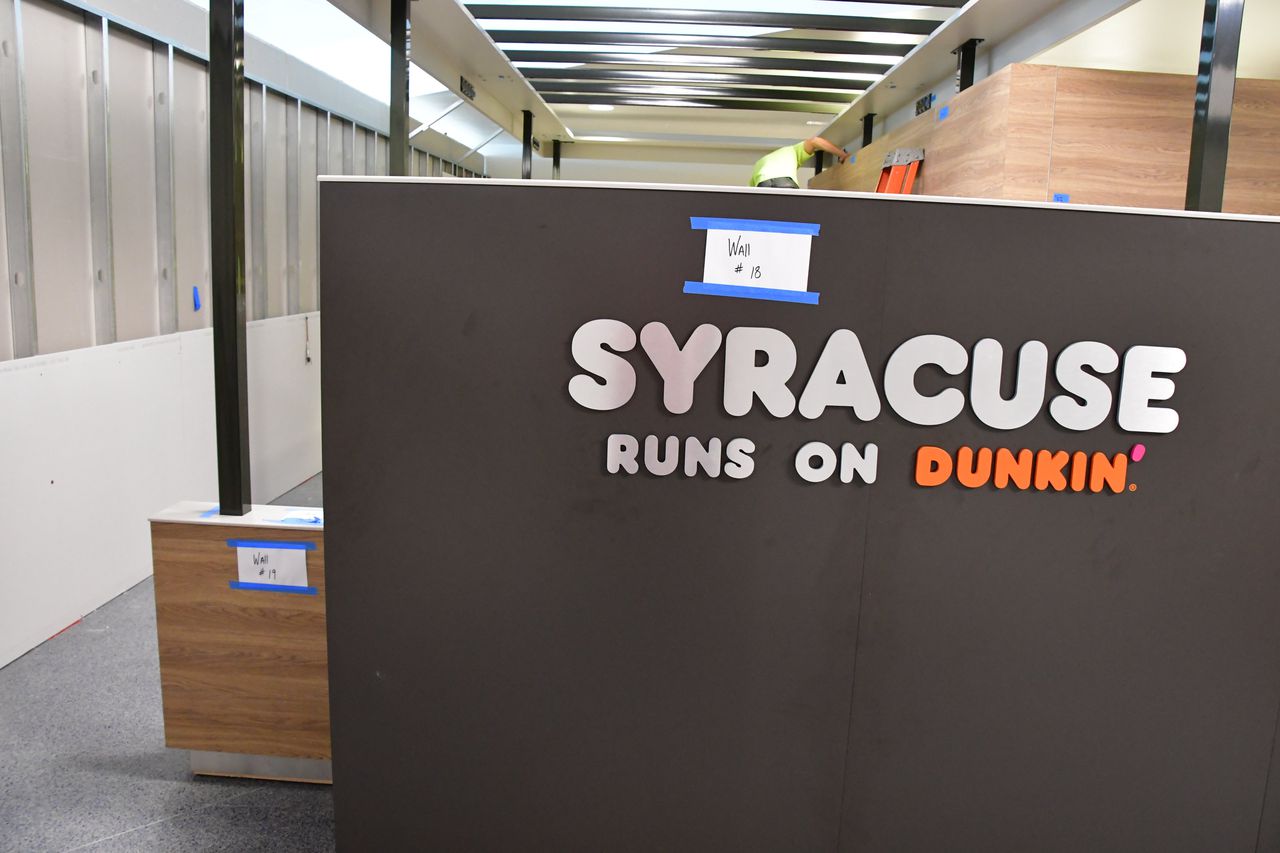 Syracuse, NY – The opening of a full-service Dunkin ‘next month means airline travelers can finally grab a hot sandwich for breakfast at Syracuse Hancock International Airport.

The new DD is under construction just past security on the second level of the airport, towards Terminal A. It will replace a nearby Dunkin ‘kiosk.

Hot breakfast sandwiches aren’t available anywhere at the airport, a source of frustration for airline travelers for years. The Dunkin ‘kiosk offers coffee and other drinks, but its food offerings are limited to muffins and donuts.

It will open from mid-August to the end of August, the spokesperson said.

Construction is also underway on SYRenity, a new bar offering beers from central New York breweries and wines from the Finger Lakes region, at the end of Terminal A, near the gates of American Airlines. It will open around the same time as the enlarged Dunkin ‘.

The new Dunkin ‘and bar are part of a refresh of the airport’s food and beverage options that the Buffalo Delaware-based company North Cos. promised when it acquired the supplier contract from Creative Food Group in October 2019.