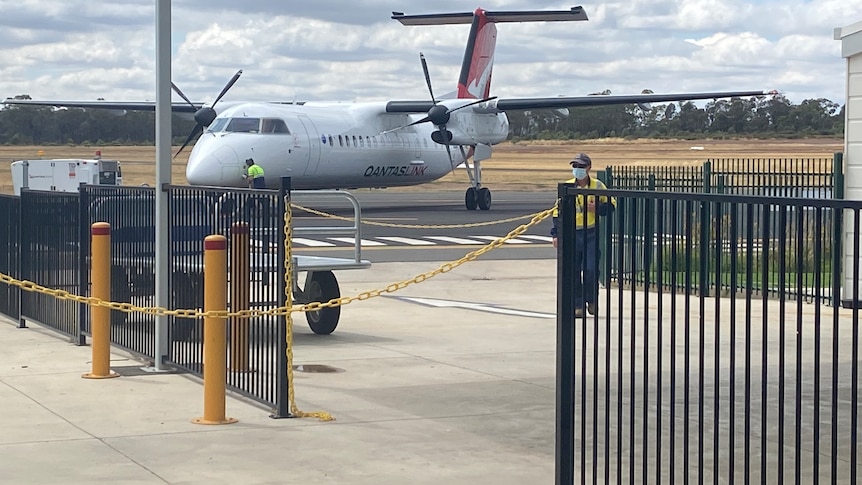 Bendigo airport awarded $4.5m for upgrade after years of campaigning

Bendigo Airport has been awarded $4.5 million for an upgrade by the Federal Government, announced today just 30 minutes before it was promised as an election promise by the opposition.

A Coalition press release committing to the project was sent 11 a.m. before an election announcement at the airport by Bendigo MP Lisa Chesters and Labor infrastructure spokeswoman Catherine King.

The community led a determined campaign for an airport upgrade after Qantas began Bendigo-Sydney flights in March 2019.

Commercial flights were successful with additional services added by the airline.

The upgrade will include expanding the terminal, creating an indoor baggage collection area, a security screening area and more parking lots.

A larger terminal will allow more flights from Bendigo to other capitals.

“It makes Bendigo more than just a day trip; people can stay overnight and it’s a huge boost for the hospitality and tourism industry,” said Rob Stephenson, chief executive by interim of the Be.Bendigo business defense group.

The war of words breaks out

Ms King said she was unaware of the Government’s commitment to the project when Labor’s election pledge was announced.

“This project was rejected four times by the Liberal government under the Building Better Regions Fund, and thank goodness the council persevered,” she said.

“Finally the Libs came to the party, so good to hear.”

“They had five years to do it and they didn’t,” Ms Chesters added.

“It’s a bit too late, it shouldn’t take another federal election for this to finally happen.”

“It will start later this year and should be completed by 2023, so we are continuing,” she said.

“This will generate nearly $23 million in local economic activity, create another 49 jobs, and be a huge boost for the entire region.”

National MP for Nicholls Damian Drum said the town of Greater Bendigo was made aware of the government funding a month ago.

“I have been working with Bendigo Council for 12 months on this project.”

Mr Drum said the expansion of the airport would benefit the whole region.

“It serves much of central Victoria, from Kyneton and Castlemaine to Kyabram and Shepparton.”

Despite the announcement conflict, Ms Chesters said she would now focus on pushing airlines to create more routes from Bendigo.

“I’ve already spoken to Qantas, I tell them Bendigo is booming – what’s next? Is it Brisbane, Adelaide, the Gold Coast or Canberra? And I know they’re looking at the numbers,” he said. she declared.

“Qantas are already taking bookings for Christmas Day this year, that’s how confident they are in Bendigo.”