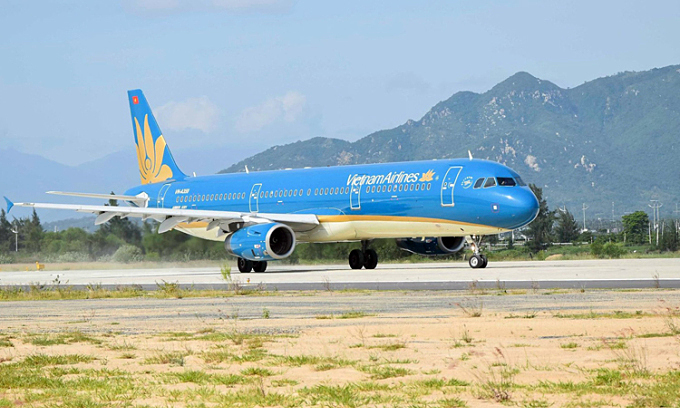 The Civil Aviation Authority of Vietnam (CAAV) has proposed to build a third runway at Cam Ranh International Airport in the central province of Khanh Hoa.

During a meeting with authorities in Khanh Hoa on Friday, the Civil Aviation Authority of Vietnam (CAAV) suggested that the runway be built at one of three locations at 400 meters, 760 meters and 2,050 meters from the second existing track.

The third runway is part of a plan to expand Cam Ranh Airport over the period 2021-2030 to increase its capacity to 28 million passengers in 2030.

The CAAV also proposed two solutions to renovate the airport.

The first solution will retain the scale of all existing runways and upgrade only the first, while constructing two additional taxiways.

The second solution will cost more and will be used to rebuild the first runway at a location 360 meters away from the construction of eight additional taxiways.

Regarding the proposal for the construction of the third runway, the Vice President of Khanh Hoa, Nguyen Anh Tuan, ordered the examination of all technical problems and operational conditions as well as the impact of the runway on the overall planning of the provincial infrastructure.

It has no cargo terminal.