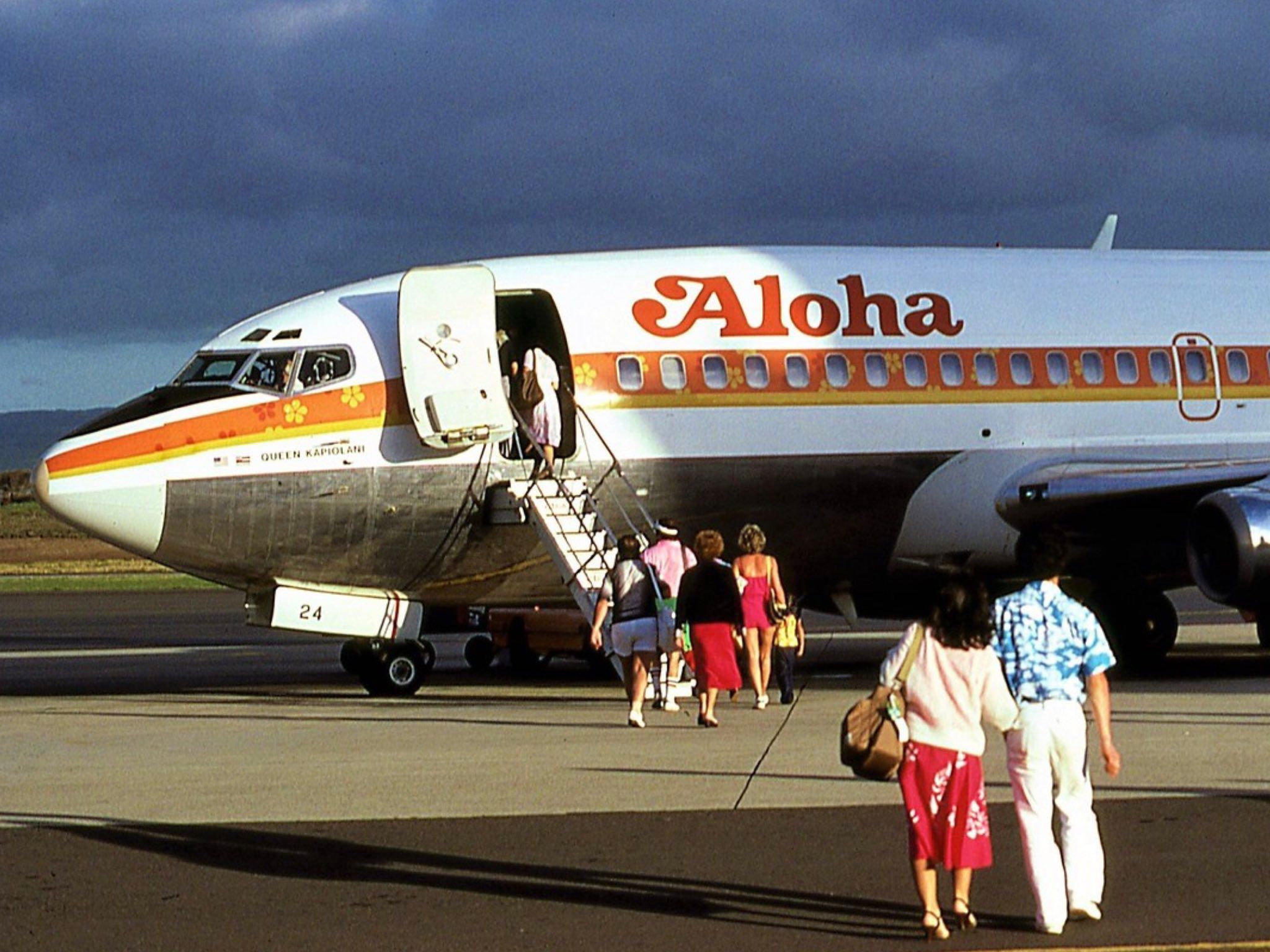 Just over 35 years ago, the unthinkable happened, and what followed can only be described as a miracle. It was April 28, 1988 and routine service for Aloha Airlines Flight 243 on a Boeing 737 from Hilo, Big Island, Hawaii. There were 89 passengers, two crew members and three flight attendants on board. A passenger reportedly thought he saw a crack in the fuselage near the aircraft door while boarding but did not tell the crew.

The service has started

At 24,000 feet, the passengers remained seated with their seat belts on for such a short flight, and the flight attendants began their duty. Senior flight attendant Clarabelle Lansing was in row five of the plane serving drinks, Jane Sato-Tomita in row two and Michelle Honda worked in row 15.

Suddenly there was a catastrophic explosive decompression (loss of cabin altitude) which ripped off the left side of the fuselage. The force of the decompression continued to lift the plane’s fuselage apart, leaving the forward upper half of the plane exposed to the elements.

Clarabelle was sucked out of the plane and despite a search her body was never found. Jane was thrown into the economy cabin covered in debris and with her legs trapped by wires. She suffered head lacerations, was bleeding and was unconscious. Michelle felt pressure on her left shoulder and was thrown to the ground without shoes. The plane was filled with swirling debris, the floor in front had buckled, and the forces of atmospheric pressure were incomprehensible.

Michelle crawled down the aisle, holding on to the base of the seats. She understood from her training that it was a decompression of noise, smoke and flying debris. Michelle tried to contact the flight crew but was unsuccessful as the intercom system was destroyed. She yelled at the passengers to put on their life jackets but struggled with the noise.

The oxygen mask system was destroyed and the flight crew initiated an emergency descent. Michelle tried to calm passengers down and sometimes found herself face up on her back in the cabin, clinging on for her life. She managed to reach Jane but was unable to free her from the wreckage.

The passengers were injured by debris and covered in blood, and Michelle continued to make her way through the plane, trying to console them. She saw a passenger with a piece of debris embedded in her face but knew from her first aid training that it had to be left alone, and she couldn’t help but console herself. As the plane descended to land, she tried to shout her “heads down” commands, but no voice came out. She clung to everything she could, and to Jane with the help of the passengers.

The plane landed safely at the Maui airport. Michelle began the evacuation with the help of an off-duty flight attendant, Amy Jones-Brown, who was traveling as a passenger. All passengers survived, although some were seriously injured. Jane suffered a concussion and major cuts to her head and was taken to hospital. It was only then that Michelle realized Clarabelle was missing.

There is no doubt that she did everything she could under the circumstances to do her duty and try to look after the passengers. Even after, Michelle went to the hospital to see the passengers with whom she had gone through this disaster. Without a doubt, here is a committed stewardess who went above and beyond the call of duty.