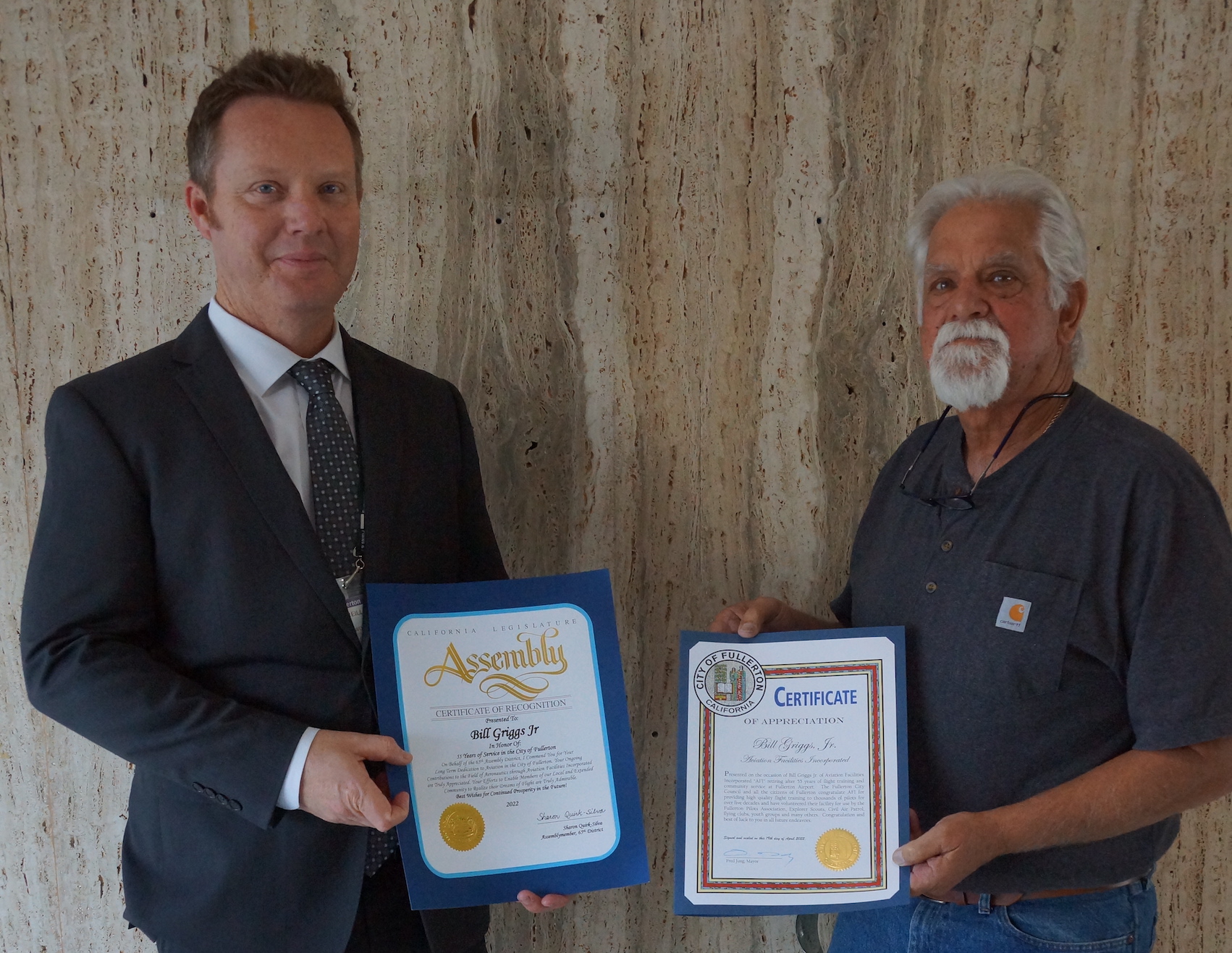 Fullerton Municipal Airport is the only general aviation airport in Orange County. In 2018, airport staff engaged an on-call architectural engineering consultant to develop plans, specifications and cost estimates for a new two-storey airport administration building adjacent to the existing building to contain new offices, a hall and a large multipurpose meeting room. The building would be financed by a construction loan fully paid for by the Airport Enterprise Fund. The airport is self-sufficient and receives no subsidies from the City. Airport revenues fund operating and maintenance costs, with excess going to the airport’s corporate fund.

The project was put on hold as the global pandemic severely affected airport revenues. Since that time, the cost of materials and labor have increased dramatically to the point that the project could no longer be supported by airport revenues.

At this point, airport manager Brendan O’Reilly was approached by Aviation Facilities Incorporated (AFI) owner Bill Griggs, Jr. regarding an opportunity to purchase the AFI building for administration. of the airport. AFI has been providing flight training at the airport for over 55 years. Griggs had decided to retire from the flight training business effective late spring 2022 and no longer needs the building which also includes aircraft hangers and tethers. Griggs will continue to manage other sheds on the lease until the end of the current lease in 2038, at which time all improvements will revert to City ownership.

In order to purchase the Aviation Facilities Incorporated (AFI) building for the airport administration office development, the City obtained a donation to offset the cost of the project. These costs will be largely financed by a donation from a foundation.

The AFI building purchased will become the airport’s new administrative building. The improvement project will allow more suitable office space to be built for airport staff or to be leased to other aviation companies. The additional office space will be leased to a flight school or existing businesses to further increase airport revenue. The maintenance hangar will be used occasionally as meeting space and will continue to be used after hours and on weekends by various airport associates and community groups.

Bill Griggs was honored at the Council meeting and received a Certificate of Appreciation from City Council for 55 years of AFI flight training and community service at Fullerton Airport. For more than five decades, AFI has offered the facility to the Fullerton Pilots Association, Explorer Scouts, Civil Air Patrol, flying clubs, youth groups and many more. In addition, he also received a Certificate of Recognition from Sharon Quirk-Silva, Member of the State Legislative Assembly.

Protect local journalism – please subscribe to the print or online edition of the Fullerton Observer. All editions are free, but we depend on reader subscriptions. Annual subscription is only $35/year. It just takes a minute – Click here to subscribe. Thank you for your support of the Fullerton Observer. Click here to see a copy of the print edition.