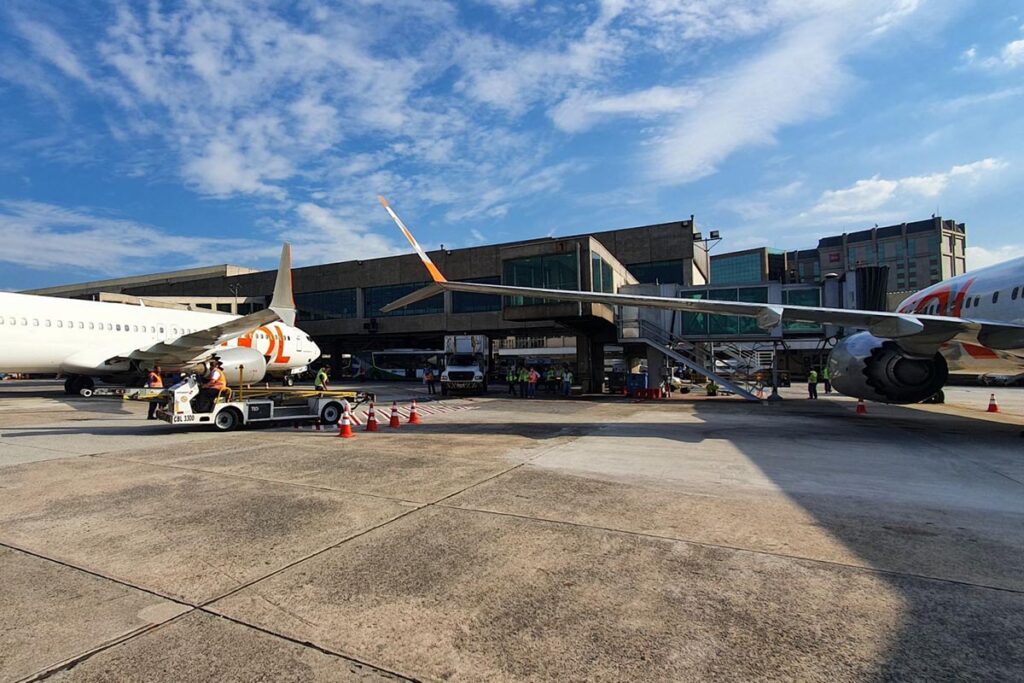 In a new round of public auctions held this Thursday in Brazil, Aena has been awarded one of the crown jewels, Congonhas airport in Sao Paulo, the second busiest airport in the country, in addition to 10 other airports located in four states.

The Spanish company won with an offer of 2,450 million reais (~478 million euros), which, added to the commitments indicated in the tender documents, brings the total amount of the operation at 4,089 million reais. Investments of 5 billion reais are planned for the 30-year concession contract (of which 73% until 2028), which should be signed in February 2023. The contract can be extended for another five years, bringing the potential for operating at 2058. .

“The management of these 11 airports entails the obligation to pay a variable consideration with a grace period of four years, which consists of a percentage of gross revenues, increasing from 3.23% to 16.15% per year”, has explained Aena.

“The company’s priority is always to generate value for its shareholders, public and private, and for the workers” and that, “despite the difficult times we have gone through due to COVID-19, we are convinced that the internationalization of Aena is a guarantee of the future of the company”, commented Maurici Lucena, President and CEO of Aena.

The executive pointed out that domestic traffic in Brazil has already recovered by 100%, which is why he called the potential of the South American giant undeniable.

These eleven airports are added to the six that Aena already operates under the Aena Brasil brand as of 2019: Recife, Maceió, João Pessoa, Aracaju, Campina Grande and Juazeiro do Norte.

Brazil entered the wave of airport privatization that swept the region in the 1990s relatively late. Paulo/Guarulhos and Viracopos, and in 2013 the airports of Rio de Janeiro/Galeão and Belo Horizonte/Confins.

In 2017, Infraero divested itself of the airports of Fortaleza, Salvador, Florianópolis and Porto Alegre, while in 2019, in addition to those already mentioned, the airports of cities such as Vitória, Cuiabá and Rondonópolis were conceded to Aena. The last round of auctions took place in 2021, when 21 airports were awarded, including those of Foz do Iguaçu, Goiânia and Manaus.

Since then, investments of more than $4 billion have been made by industry giants such as Fraport, Changi Airport, Zurich Airport, VINCI Airports, Aena and Corporación América Airports.

As United Airlines continues to hire, should it call back international flight attendants?