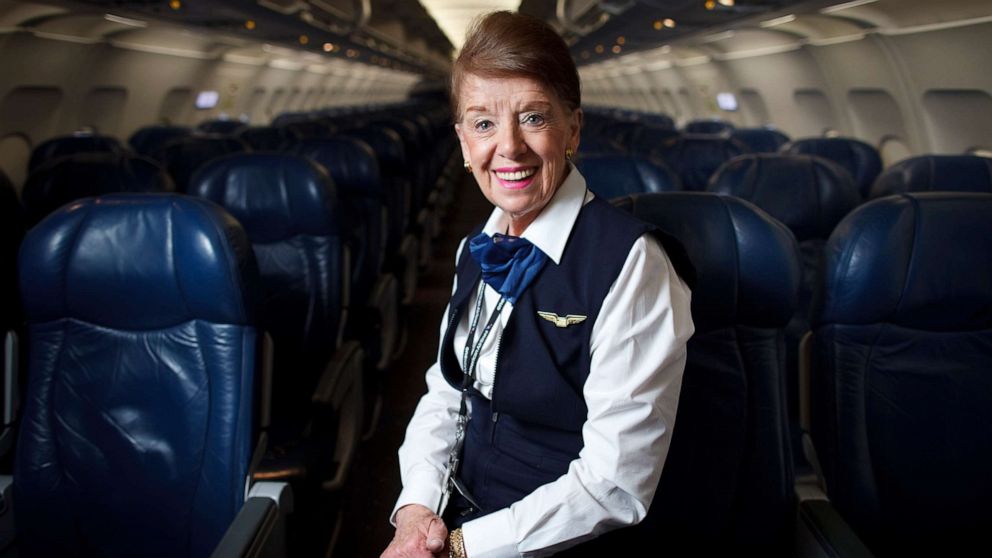 86-year-old woman is the oldest flight attendant, according to Guinness

Nash began flying in 1957 and will celebrate 65 years in flight this fall.

She can choose any route she wants and for most of her career she has been loyal to the New York-Washington-Boston shuttle.

Nash prefers this route because she says it allows her to be home every night with her disabled son whom she continues to care for to this day.

When she started flying, she says passengers bought life insurance from a vending machine before boarding and the airline watched her at home to make sure she wasn’t living with a man. , as the flight attendants had to be single. The airline also weighed her before shifts and could suspend her if she gained too much weight, she said.

Nash started flying with Eastern Airlines and through a number of mergers, including with Donald Trump’s airline in the late 1980s, ended up with American Airlines.

At first, passengers paid the stewardess on boarding; Nash says his first flights cost $12 between New York and Washington.

“We used to hand out cigarettes and matches…during the flight, after meal service, I would go around with Kent’s and Marlboros,” she told WJLA on her 60th birthday. .

PTI Airport Upgrades Coming In The Near Future