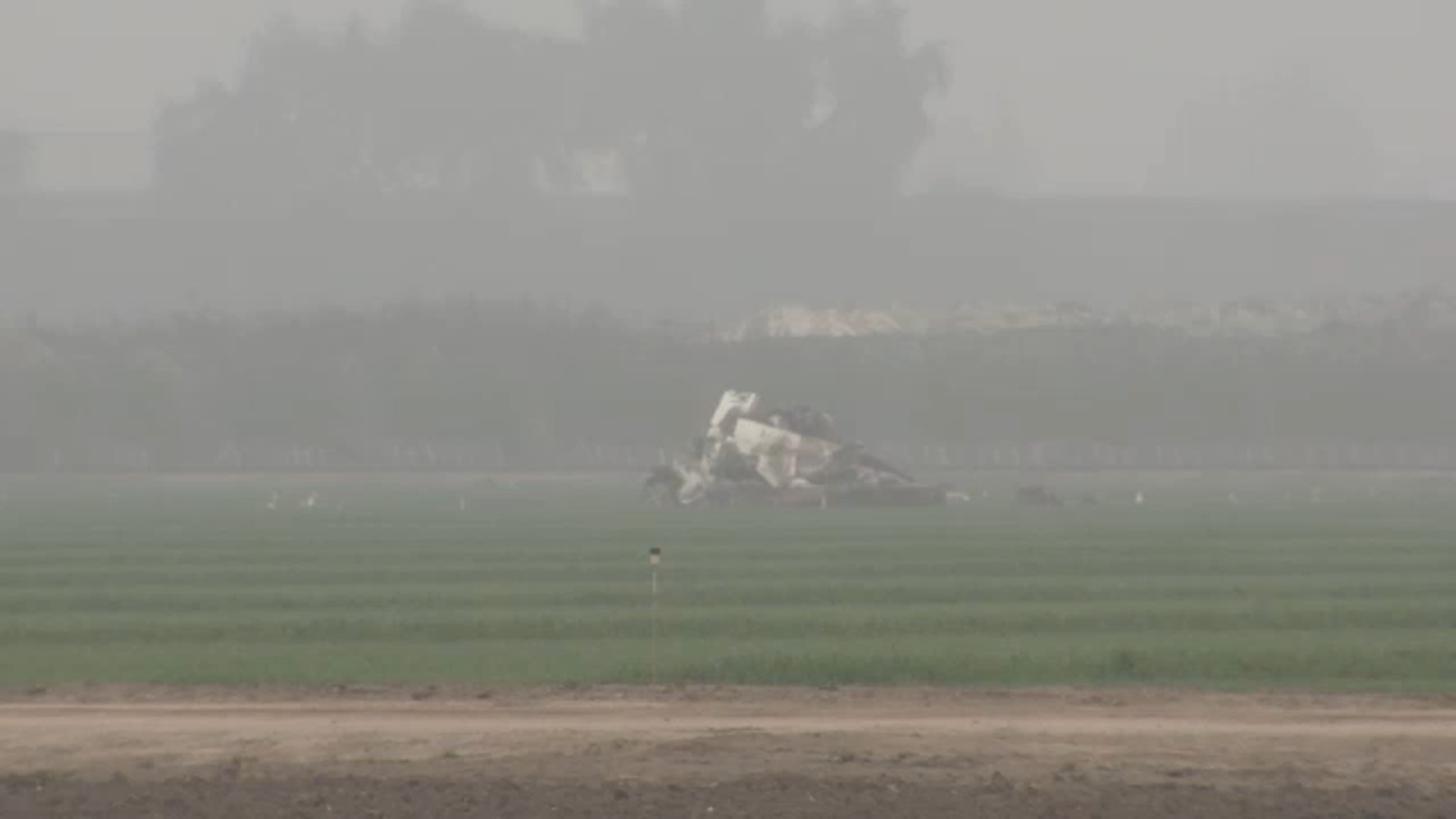 The Beechcraft Bonanza single-engine aircraft took off from Visalia Municipal Airport at around 6:40 p.m., then crashed 16 seconds later on Route 68 and Avenue 288, just west of the airport.

Investigators from the Federal Aviation Administration (FAA) and the National Transportation Safety Board (NTSB) arrived in the South Valley on Sunday to begin determining why the plane derailed moments after takeoff.

The Tulare County Sheriff’s Office did not disclose the identities of the four victims.

First responders say the fog was thick when they arrived.

With no fire from the crash, it was not easy to find the aircraft immediately.

“When we all answered, we were looking for the plane,” said Sgt. Jesse Cox with the sheriff’s office.

“The area is a big reservoir area and it’s hard to go back in. We have to walk there… We just got around the area as many people as we had until we found them,” he added.

After the plane was found, the sheriff’s office confirmed that all four people on board had died in the crash.

The National Transportation Safety Board and the Federal Aviation Administration arrived Sunday afternoon to resume the investigation.

The NTSB says the wreckage field from the crash is about 500 feet long, with debris scattered in all directions.

Investigators take photographs and conduct the investigation on the ground before the plane is moved to a safe location for further analysis.